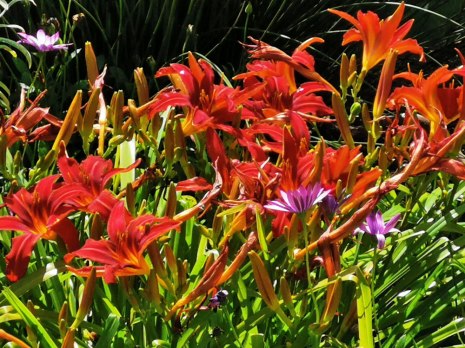 The garden is dedicated to the RNLI and named after the first lifeboat, Isis, which was given by the University of Oxford and named after the River Isis. It was a rowing boat, which was in service for 21 years, during which it went to the aid of 11 ships and saved 51 people. There were lifeboats stationed in Hayle from 1866 to 1920.

This green space close to the railway viaduct and the ASDA supermarket is at the end of Penpol Creek in Foundry Square. The area has been landscaped with  a new granite walkway, walling and seating areas. The planting follows the sub-tropical look found in Tresco (Isles of Scily) and the George V Memorial Walk. Because this area is so close to the sea there is little frost so there are agaves and aeoniums, trachycarpus and olive trees. 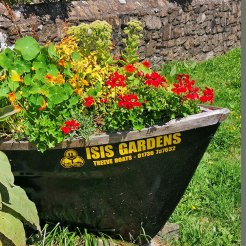 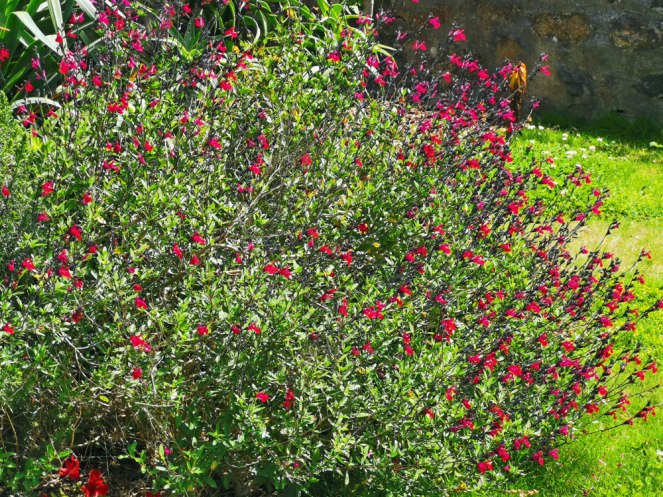 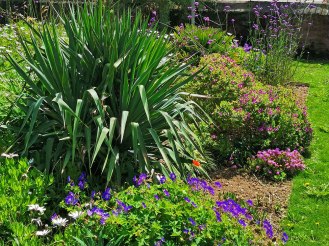 The planting beds are themed with hot and cool colours. In the hot beds are butia palm, yucca, restio, a lot of different aloes, alstroemeria, helenium, rudbeckia, leucadendron, euphorbia and echium. There are about 30 different varieties of agapanthus in the cool beds, and also artemisia, fuchsia, convolvulus, eucomis, echeveria, sempervivum, osteospermum, hardy geraniums and different eryngiums.

The gardens were originally the site of Hayle’s first railway station which opened in December 1837 and operated for fifteen years before a new branch line and station was opened. The viaduct which is still used today was designed by Isambard Kingdom Brunel.

There’s not just colour though, there is texture and scent and a feeling of movement in the planting. 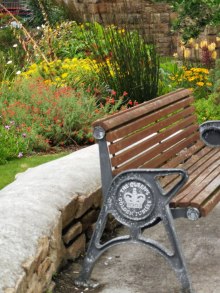 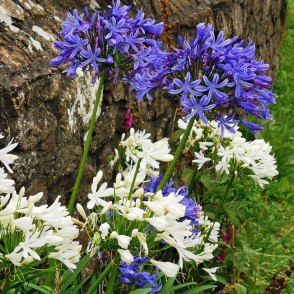 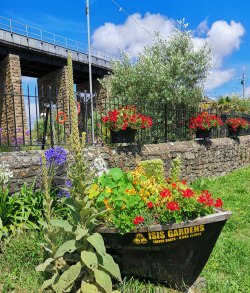 A somewhat unfortunate name though in the 21st century…