Although we live closer to the quaint former fishing harbour of St Ives, Hayle is our go to town for the supermarket, library, hairdresser etc. It is also known for its three miles of golden sands stretching from Hayle Towans to Godrevy along Black Cliffs, Mexico Towans, Upton Towans and Gwithian. I have written about the lovely George V Memorial walk and gardens many times (and during 2019 have published a monthly post about the flora growing during each month) and also photos of the beaches. I have not, however, shown much about the town itself so for the next few weeks I shall be posting photos from around the town.

Foundry Square and its buildings marked the hub of the famous engineering firm Harvey & Co (1779) which once employed more than 1000 workers making Cornish Beam Engines for mines all over the world. All around the square are buildings related to the firm.  John Harvey & Co’s  Office and Counting House (John Harvey House) on the right has a clock tower that once displayed local and London times, a twenty minute difference. The foundry closed in 1903. 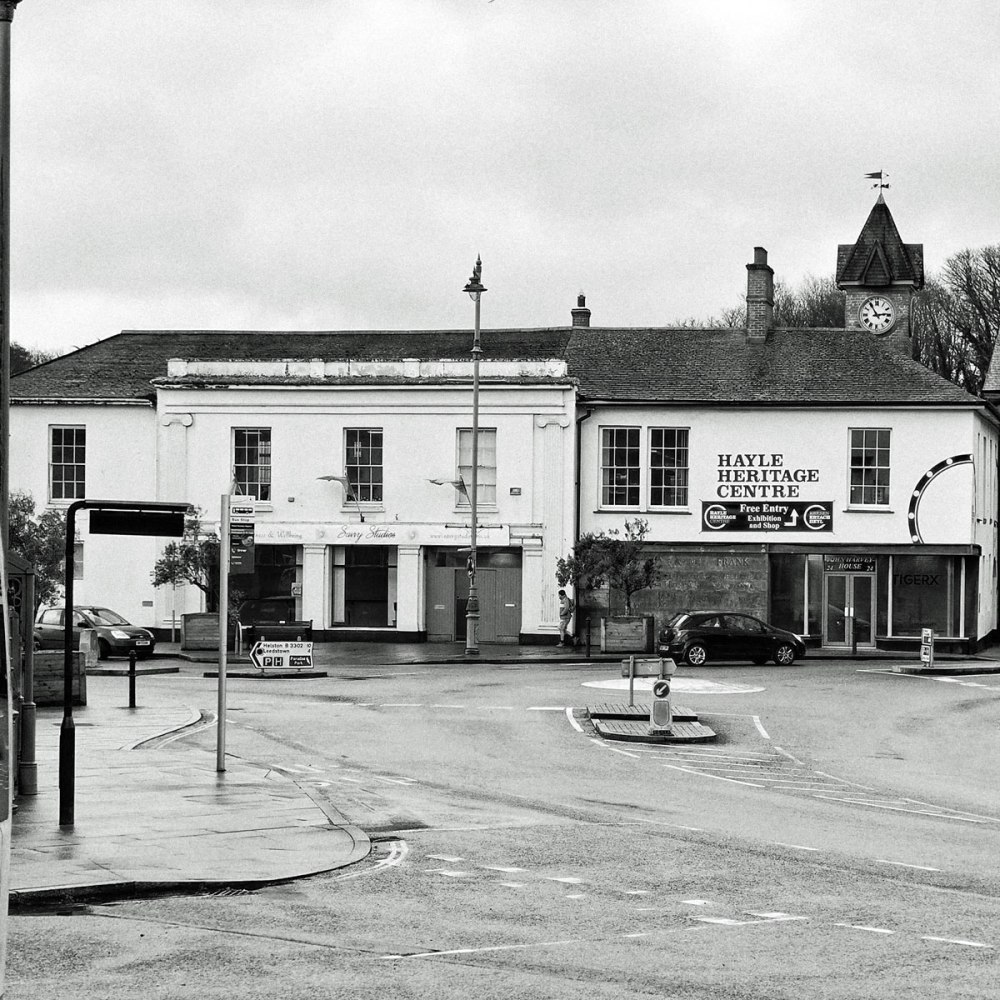 The building to the right of John Harvey House is White’s Warehouse, now home to an artisan jewellery studio and a bar and restaurant.

Lloyds Bank building was built in the 1850s and has served as the Market House, a cinema and store house. Workers for the foundry were paid in tokens which could only be spent in the Foundry Market and the Emporium nearby. 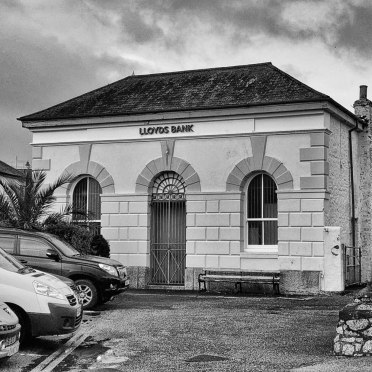 In 1838 Henry Harvey (son of John) built the impressive White Hart Hotel with its elaborate facade to provide more spacious accommodation for his growing business clientele. Beside is the original 1824 hotel built to provide a living to sister Jane Harvey Trevithick, wife of famous engineer, Richard Trevithick, who left her with no support to spend 10 years in South America. The building still stands next door and is the Freemason’s Hall.

On the opposite side of the road is the former Harvey & Co’s Emporium, the stately brick facade of the Cornubia Biscuit Factory (renamed Foundry House).

The Old Foundry Chapel is a warren of beautiful, quirky and interesting shops housed in the former Wesleyan Chapel built in 1845 for the Foundry workers with a schoolroom for their children.

All images were processed using Photoshop Elements and the Nik Collection ‘Silver Effex Pro 2′ and several different effects including ‘Wet Rocks’ and ‘Full Contrast and Structure’. Colour filters, mainly red and orange have also been applied to experiment with bringing out the colours and contrast of the bricks and stone.