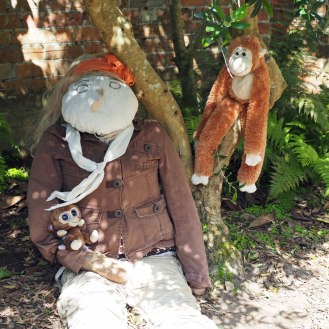 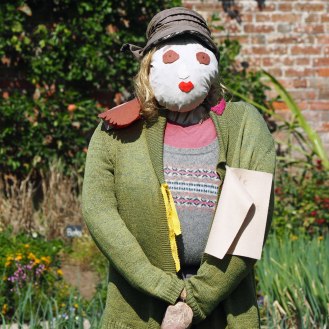 A very different Six on Saturday today.  A week or so ago I visited the Trengwainton Gardens near Penzance mainly to have a look at the wonderful Scarecrow exhibition in the Walled garden. They hold it every year and with a different theme each time and this year’s theme of Inspirational Women commemorates 100 years since some women received the right to vote.

Source: All text is from the accompanying plaques in the garden. The characters themselves were the inspiration of artist John Keys and the local school children he worked with.