Well, April has been a surprise. Practically a whole month of sunshine, though sometimes accompanied by a chilly north wind, but I can’t complain. It has been glorious weather and much dryer than normal. Which isn’t necessarily a good thing for everyone. 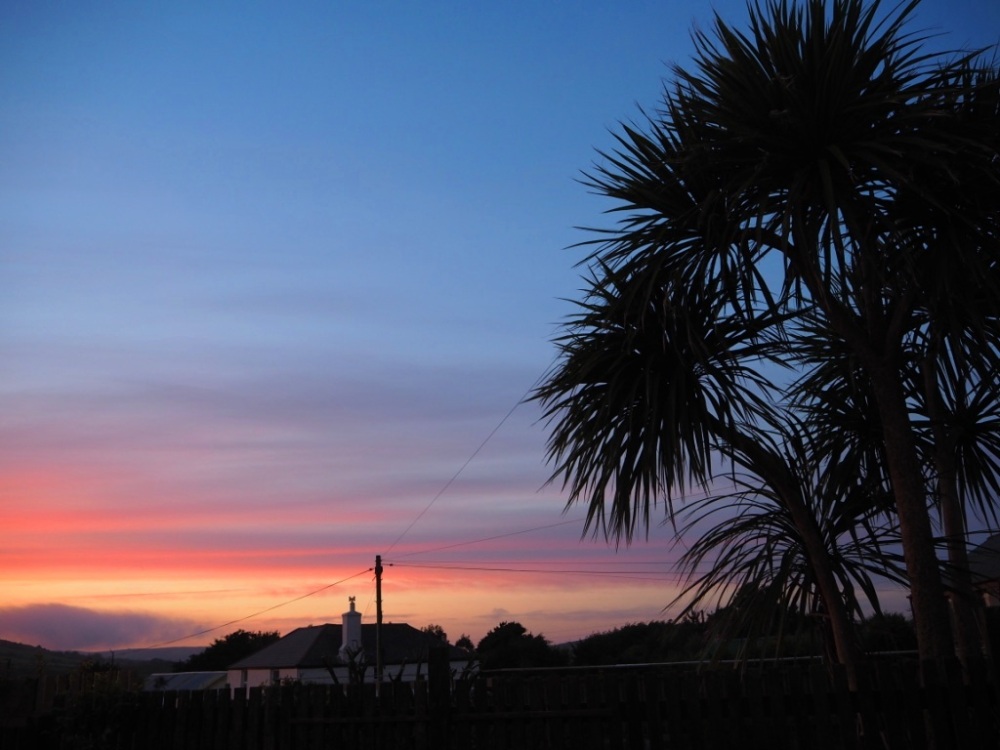 There have been some beautiful sunsets and I even managed to go out and visit a couple of spring gardens, though a little late for the magnolias and camellias. Next year I will do better and make the effort in March.

Coming back along the coast road from one of the gardens we stopped to visit the Lanyon Quoit which has been avoiding us for years, and Carn Galver Mines which are located in ancient field systems and overlooked by a Neolithic settlement

Don’t mind if I do 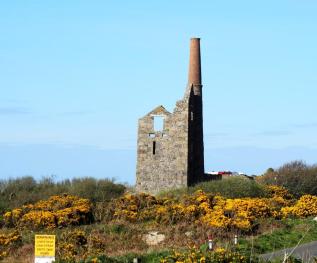 The Belted Galloway cattle you see in the header are grazed around the old mines, so you need to take care driving along this stretch of the road; probably my favourite drive in Cornwall as the narrow road meanders through farms and hamlets with the hills and tors on one side and the Celtic Sea (Atlantic) on the other.

I finished painting the bedroom and office/music room and the flooring was fitted and the new window units too, so it is all looking rather nice in that end of the house. After much huffing and puffing we even managed to move the furniture back into the correct rooms and the OH is happy to have his guitars back by his side.

Whilst in the DIY mood we even assembled a wood store that we purchased a couple of months ago. It is now in the courtyard and even has a few bags of wood inside. We haven’t actually used the woodburner at all this month, but it is there for the autumn and one less job to do. 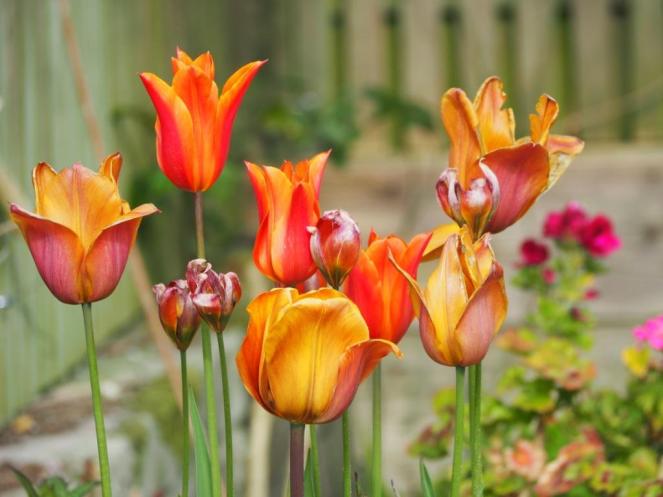 After all the painting it has been lovely to get back outside and do some gardening this month. Mostly weeding and some rearranging of borders. I aim to get rid of the lawn, but since I have to do all the labouring myself it is going to be a gradual process as my back (and knees and any other joint you care to mention) aint as good as they used to be.

I finally removed some of the forget-me-nots that rampage throughout my garden in order to plant the sweet-peas, some parsley and chives and salad leaves. Not sure how much will survive the slugs and snails though. I am trying out different things and those that survive the onslaught will be grown again. I have even been successful in raising some squash and courgette seedlings, but now worried that they will engulf the entire garden when I plant them out!

A huge success has been my pots of tulips, as those of you who follow my garden blog, will know. What can I say? I just love tulips and can’t help but indulge myself. And after chopping the jasmine to the ground I have levelled the side access and gravelled it, hoping that a climbing rose has more success this year. I have noticed that the jasmine is sending out lots of new shoots though so I shall have to keep my eye on it.

Finally, all has not been great on the broadband side this month despite getting yet another router. It is all very much up and down and often down more than up. Our neighbour has the same issue and they have called out the Openreach engineers at least seven times so far. Much scratching of heads has gone on, and now the conclusion is that it could be REIN – some sort of electrical interference – but the jury is still out on what! Although, on taking a photo of the sheep in the field at the back of me I was astonished to see a wind turbine! Now when did THAT appear? And could it be the cause of our problems?

Another tragic event this month has been the death of my laptop’s screen. Without warning the screen went white and a hot patch grew in the left corner. Worried the thing would set itself on fire I switched it off. Connecting to an external monitor worked and I figured that would be OK, until I realised that even though I wasn’t using the screen it was still getting hot. Very hot! So I took it in to be repaired. Hopefully they won’t mess up the system, but just replace the screen. But I am a tiny bit anxious…

Meanwhile spring continues its rapid journey towards summer and there is plenty of evidence out in the lane and fields, even Alice is looking pretty with bright egg-yolk yellow gorse and white blackthorn surrounding her. And wrinkly lambs who always look as though their coats are too big. 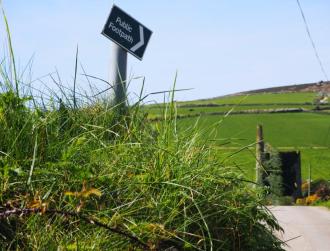 We are away for the last week of the month and I won’t be blogging on any of my sites as we won’t have a connection. In fact we are going to have a week off-grid, but hopefully I will get to visit some lovely places to write about on my return.

The Cardinal is continuing his photo project throughout 2017 – a blogging event, a monthly photo challenge. Read his blog for the new rules this year (he is running two versions) and to view his interpretation and those of other participants.