Praa (pronounced pray) Sands is a mile-long, south-west-facing beach on the eastern edge of Mounts Bay, Cornwall, approximately 7 miles from Penzance and 5 miles from Helston. I holidayed there in a caravan park with three of my four children back in 1991. It now appears to be the site of luxury lodges.

Despite only living 12 miles from it I have not been back for a proper walk along the beach until mid-October on a rather beautiful sunny autumn day. It was rather blustery, beginning and ending in heavy showers and the most magnificent rainbow on the way home, but in between the sun shone and the sky was the deepest of blues. Most people walking on the beach seem to be accompanied by at least one dog. We took our virtual pup for a stroll along with my camera.

There are a few things I like to do on a beach (apart from capturing the views): geology, rock pools and flora. Here the rocks on the opposite end to the car park (Hendra) are very different to the ones at the western end. They have been worn much rounder and smoother from the constant battering of the waves. There are a lot of rock pools (tidal pools) to explore too though as usual I didn’t find anything exciting. 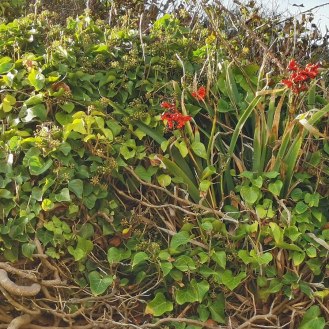 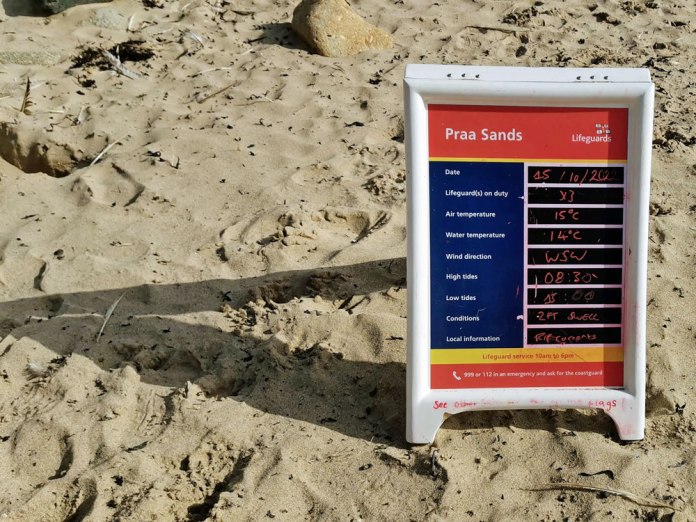 Young boy dancing in the waves

Flags fluttering in the wind

Seasonal dog ban. Dogs not allowed on beach from 1st July to 31st August / 10am to 6pm