In the autumn of 2021 I purchased new bulbs for pots and replanted some of my older bulbs that I had previously had in containers, allowed to die down in the full sun and then stored in my conservatory for a couple of months – these were mainly narcissus and iris reticulata bulbs. Most of my tulips from previous years were composted as I don’t have space in the garden to plant them.

I thought I would have another attempt at planting species tulips as they are supposed to come back fairly reliably, though the ones I grew in 2017 never really took off let alone reappeared. Wrong place probably. In 2021 I had two varieties planted in my two small barrels which were extremely lovely – Tulip hageri ‘Little Beauty’ and Tulip clusiana ‘Peppermintstick’. Both returned this year though neither lasted for very long.

I also wanted to try anemones again as they have been successful and are also very vibrant.

Ipheion bulbs were bought to replace the ones I transferred to the garden in 2019, discovered in the Cornish hedge, and I fancied some new Muscari bulbs as these do appear each year in the raised bed.

And of course I just had to order more tulips from Sarah Raven – she might be more expensive, but her tulips bulbs are always very good. Two new collections and only one repeat flower – Ballerina – which I love anyway.

I read somewhere that to get a decent Allium ‘Sensation’ repeat show you should plant them each year for three years, by which time the year one bulbs will be big enough to re-flower and so on and so on. My only problem was knowing where to plant the bulbs so I didn’t dig up what was already there! And it was so wet in the autumn that getting out to plant anything was such a chore that I ended up stuffing them into a container!

I so loved seeing the Dutch irises last May in Somerset that I wanted to try them too. Some bulbs went into the gravel garden and some in containers. Miraculously the bulbs in the gravel came through as did my Snakehead fritillaries and Camassias! I really wasn’t sure they would. 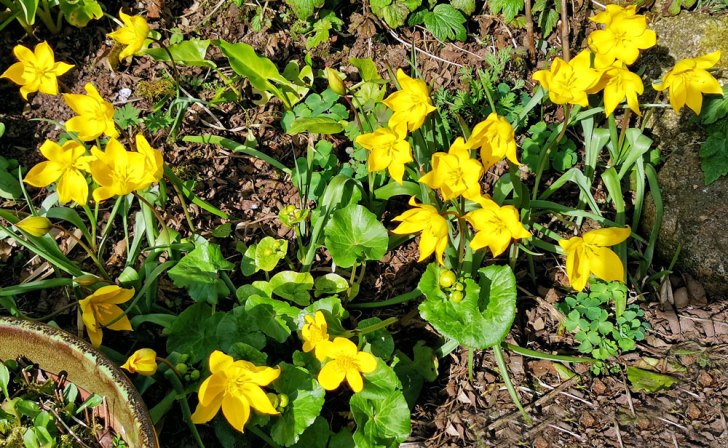 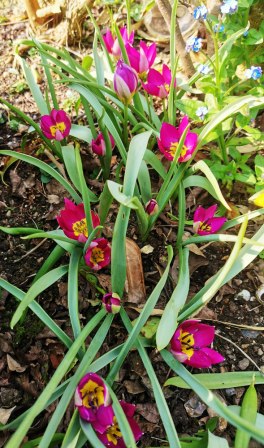 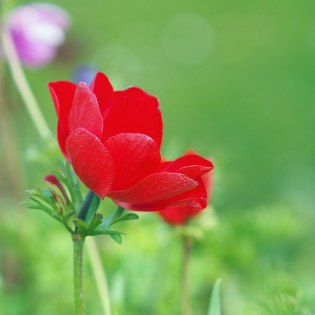 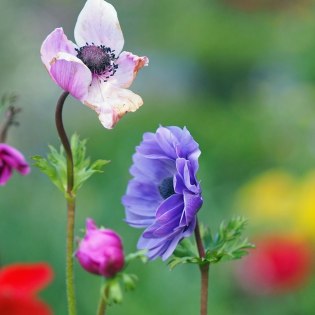 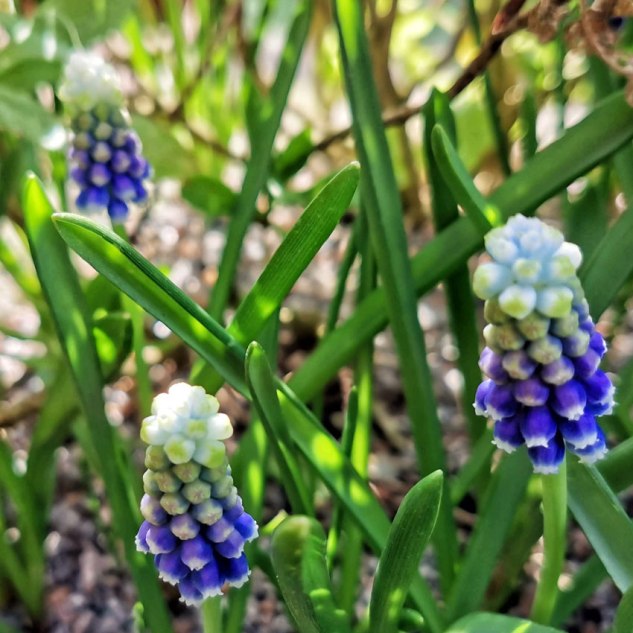 The Muscari all flowered well and for a long time. The anemones suffered from the heat in March and I probably should have taken more care watering them, they did recover and those that flowered were beautiful. The species tulips came through, I was surprised at how tall Sylvestris is and how short Persian Pearl. If I had known then I would have planted them the other way round with the smaller tulips at the front. I’ll see how they perform next year as to whether I can be bothered to dig them up. Tulipa ‘Purple Ladies’ have been brilliant beginning flowering in early April and still going strong at the end of the month. Such a lovely shade of purple too with the pinky-blue overtones and a perfect match to the Aubrieta flowering at the same time. 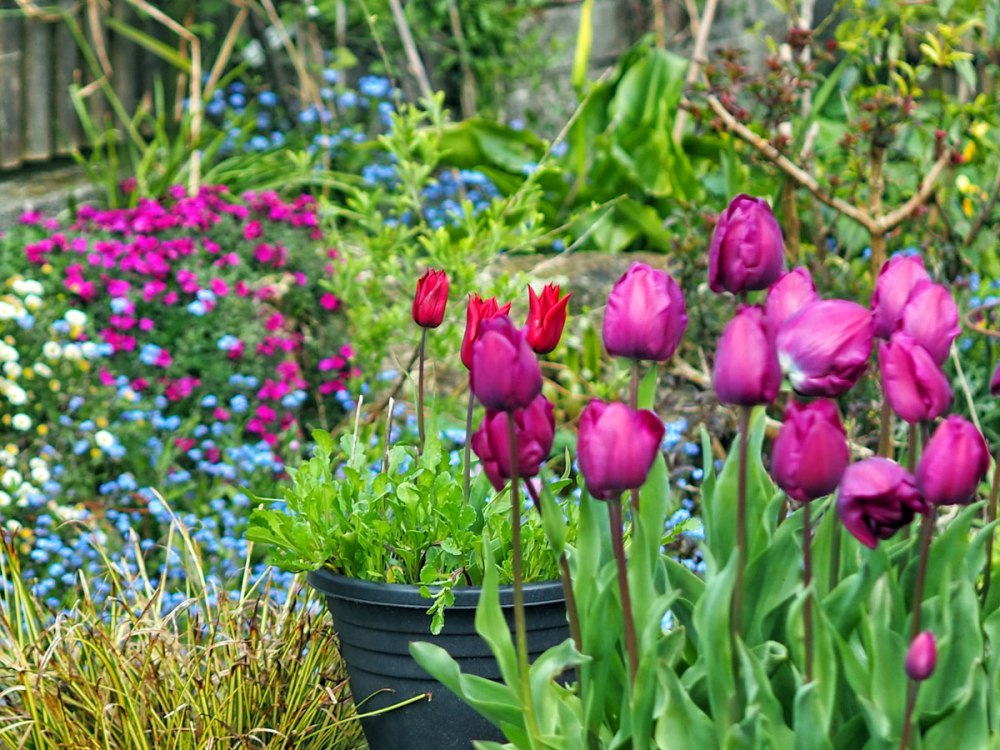 Something quite odd with this collection. This is one of the containers I planted them in – some ‘Ballerina’ appeared, some ‘Antraciet’ appeared, but what are ‘Green Star’ and those yellow tulips doing there? Now it is possible that the ‘Green Star’ are from a couple of years ago that I had saved, but there is no sign of the very beautiful ‘Request’ 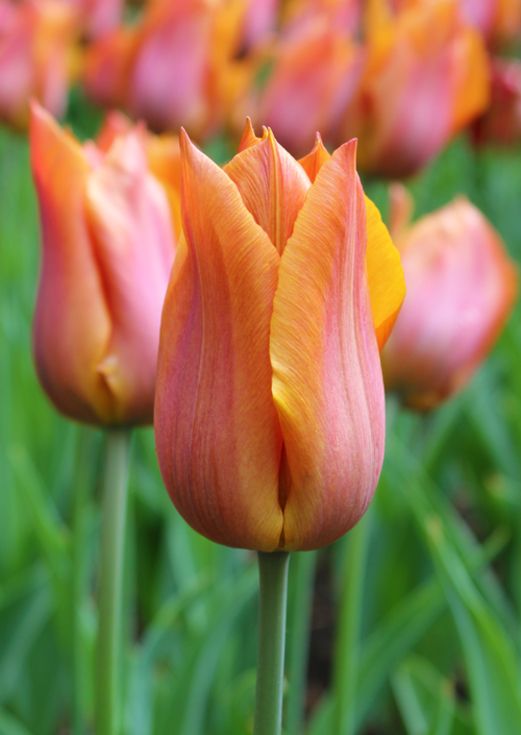 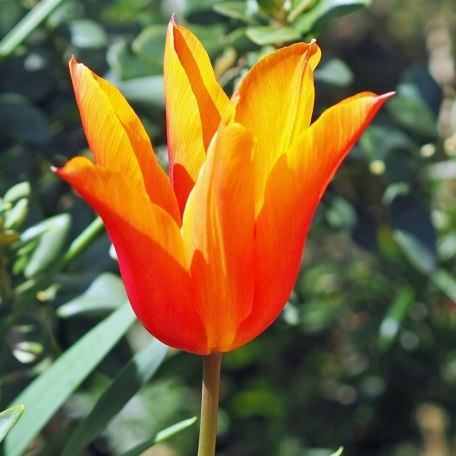 The yellow tulips were in fact the earliest ones to flower and I got quite a shock. I mean they are rather nice, but not what I expected or wanted. My colour scheme this year was reds, purples and oranges. 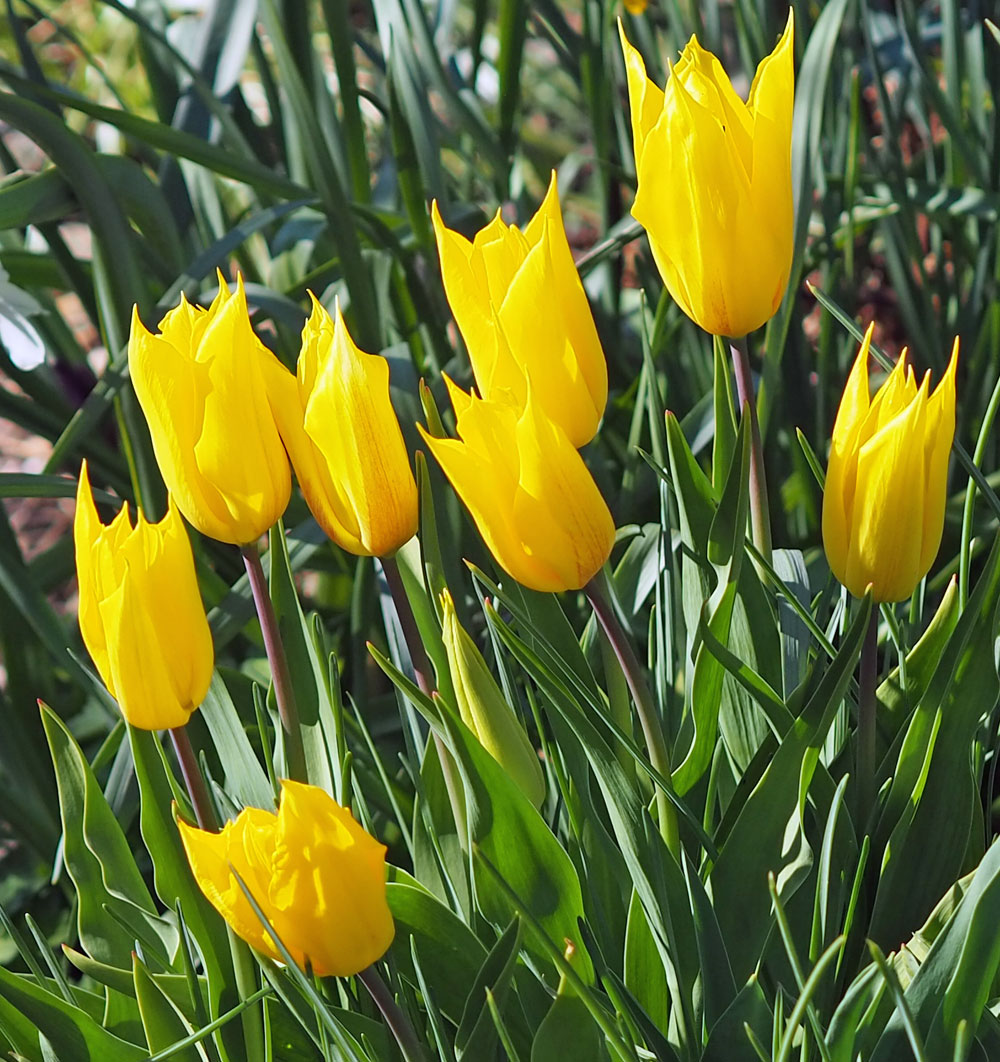 ‘Antraciet’ is rather lovely, but also rather floppy. I really need to avoid double tulips.

Three beautiful colours which work well together, except, the sizes. As you can see ‘Bastogne’ is much taller. If I use these bulbs again then I would plant them in separate pots. I must say that ‘Bastogne’ is the most beautiful red. ‘Caviar’ is very similar to my ‘Purple Ladies’.

I haven’t got any photos of these yet as they are still to flower. I thought that ‘Eyecatcher’ was an early spring flowering type, but apparently it can flower early to mid-spring. I was about to complain about them, but noticed that some are indeed about to flower.

The Alliums as I mentioned went into a container and have yet to flower. The same with the Narcissus. I will transplant all of these bulbs into the ground once they have flowered (and I can find room). The Muscari collection was a joy, although ‘Pink Sunrise’ failed to wow me. A bit too pale? I might try and plant this with the pale blue ‘Valerie Finnis’ next year as I think the combination with the latifolium wasn’t quite right.

M. ‘Ocean Magic’ evoking the colours of the ocean with its dark blue flower base softly fading to white. 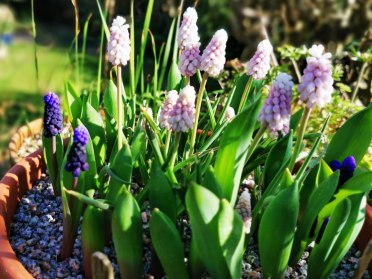 Some older bulbs returned – narcissi and tulips in the garden beds and Allium cameleon in a container. 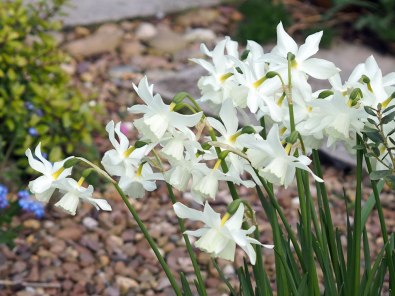 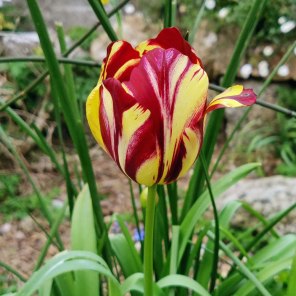 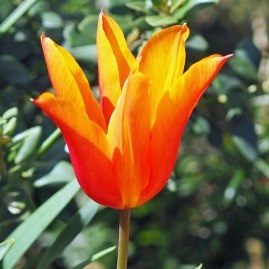 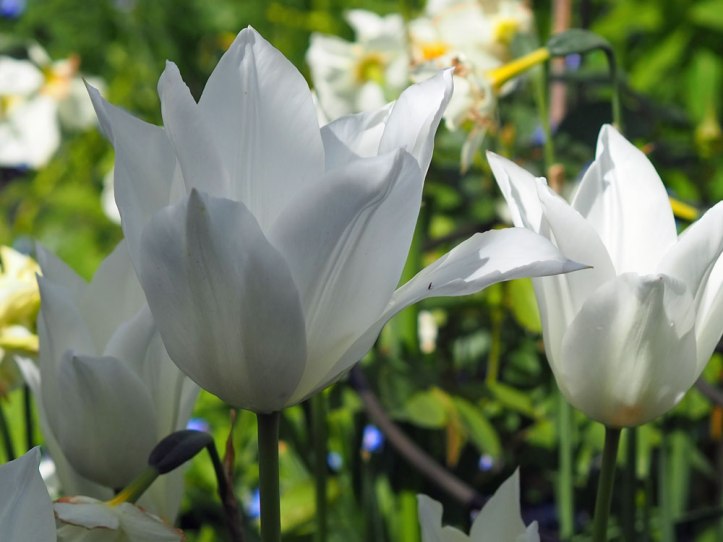 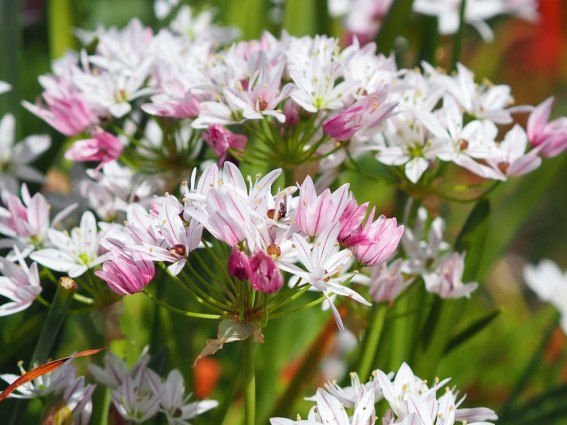 It has been a wonderful spring garden yet again, thanks to all the containers. Many of the Narcissi and Daffodils from previous years came back, as did crocuses and cyclamen, a few snowdrops and winter aconites and some dwarf irises. Total cost this year was £162 which might seem expensive, but I will have had over two months of continual flowers so just under £3 a day. I think it has been value for money and apart from the tulips many of these will flower again next year.