Last Thursday was the 6th anniversary of the date on which we collected the keys to our Cornish house and the first night we spent here (camping on blow-up beds). Our actual move date isn’t until the end of March, but we like to acknowledge this memorable date too so off we went for lunch at the Old Coastguard Hotel in the picturesque village of Mousehole (Mow-zel) on the western edge of Mount’s Bay just a couple of miles from Penzance.

It turned out to be one of the best days that we have experienced for a while and the air was so clear we could see right across to the Lizard which is about 30 miles away (you can just make out the line of cliffs on the horizon). After lunch we had a quick stroll around the village and the south quay looking for coffee shops. We found a couple, but most of the shops and art galleries were closed until the half term. And oddly for what used to be a fishing village and is only a mile or so from what is still the fishing port of Newlyn, we didn’t find a single fish and chip shop, although the Deli claims to sell fish and chips.

The water positively gleamed like a shiny mirror in the light and the granite stone of a lot of the buildings and the harbour walls took on a golden tone in the low winter sunlight. Although the hotel was reasonably full for the lunch session the rest of the village was very quiet. Not a place you really want to be driving through I might add, though several cars did try and manoeuvre the very narrow streets, some with great difficulty when they met someone coming the other way. There is parking on the harbour, but easier on the nerves if you park on the roadside leading to the village or in the fairly large car park just as you enter. 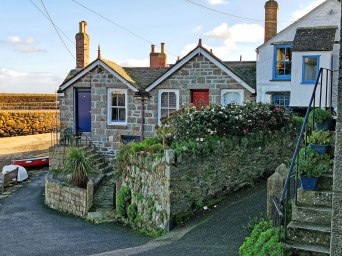 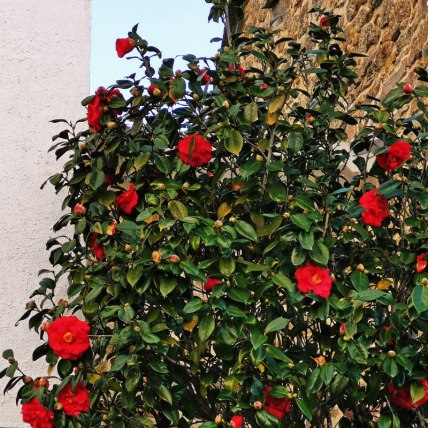 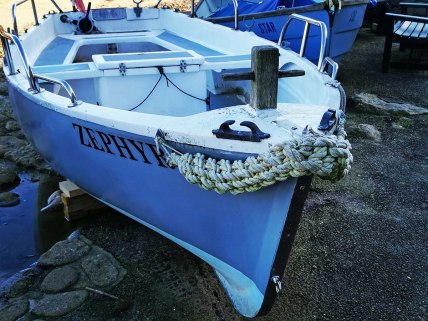 As you can see from the photos the tiny harbour is protected from gales and storms during the winter months with a wooden barrier. And be warned, dogs are not exactly welcomed on the beach or the quayside at any time of the year. In fact reading a couple of notices on the village noticeboard I got the impression that the Harbourmaster is quite a grumpy person!