Sadly the title does not refer to the weather which has been rather cool and damp recently, though fairly sunny and breezy during the day.

I’m still not able to spend much time in the garden other than pottering around and dead-heading plants. There will be a lot to do once I am fully recovered. This week I thought I’d have a look to see what orange flowers I have. And whether I should add more for the late summer season.

(1) First up are the Crocosmia or Montbretia from South Africa. Known for their erect sword-like leaves and wands of fiery orange, yellow and red flowers that last for several weeks mine are the bog-standard ones that grow like weeds in the lanes of Cornwall. They do fare better than the taller cultivar ‘Lucifer’ which I also grow and which always end up flattened. No matter how many times I pull the corms out there are always some left behind. 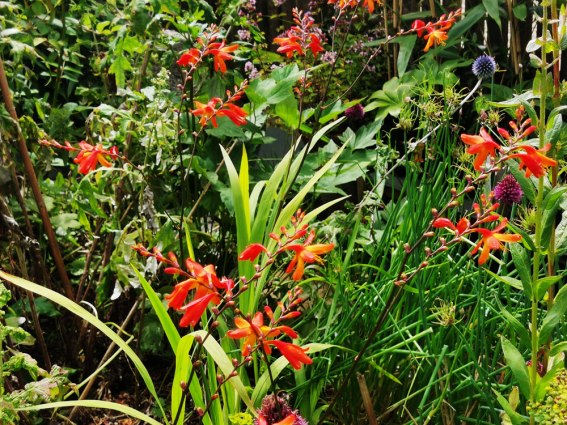 Montbretia in the raised bed

Montbretia in the dappled shade bed

(2) In the raised bed is one Red Hot Poker Kniphofia  ‘Alcazar’. I really didn’t know where to plant this, but now I shall move it to the newly gravelled area in the autumn as I have already planted another variety there. I don’t even like these plants very much as they die very untidily so goodness knows why I have bought two!

(3) A repeat at #3 is Helenium ‘Moerheim Beauty’, but it is one of the most fiery flowers at the moment and I did manage to capture one with a visitor. 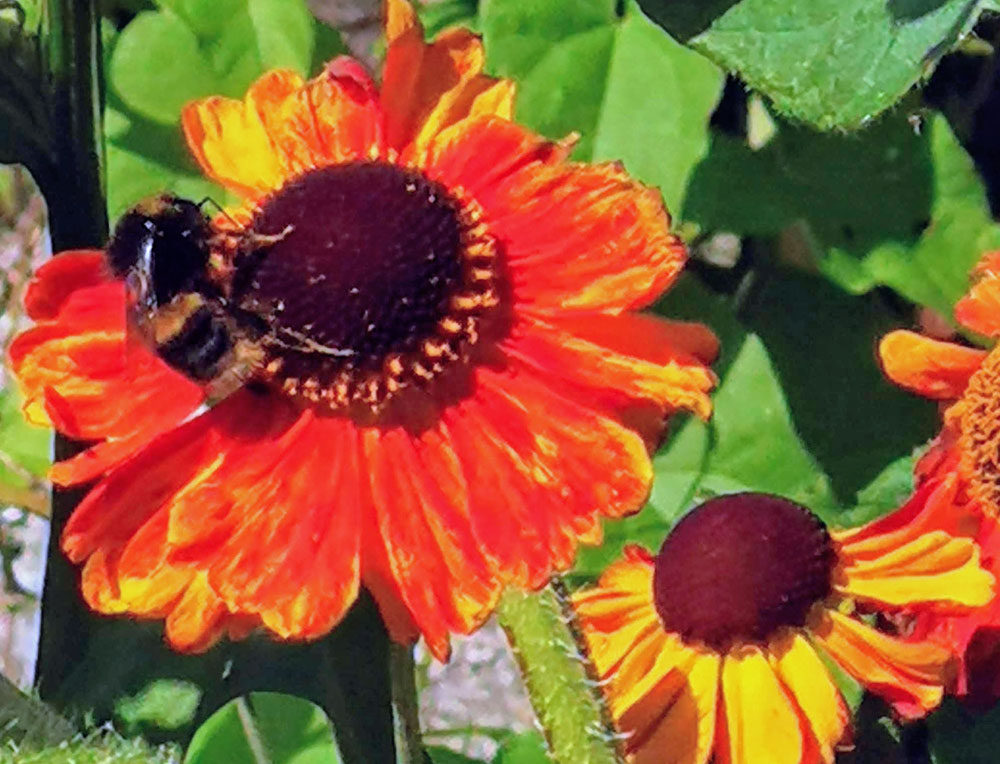 (4) In the herb bed are these Calendula / Marigolds. I sowed seed last year, but this year they have flowered well. I also sowed some seed this year of a different colour, but no sign of those yet. And it appears my lovely ‘Indian Prince’ has failed to return. Now that is a nice marigold. These tend to grow too tall and flop and they also have powdery mildew. 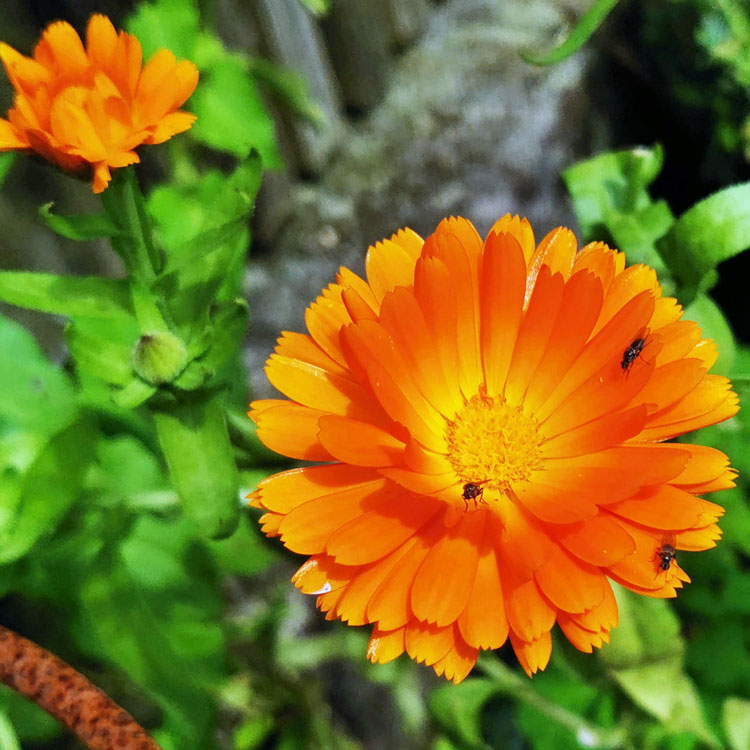 (5) Also in the herb bed are the Nasturtiums that return year after year. I once sowed some dark red ones, but it’s the orange and yellow ones that self-seed the best. I pull loads of seedlings out, but they do add colour to the bed at this time of year and of course you can eat the flowers and leaves I think. Slightly peppery. And of course they are great for the cabbage white butterflies to lay their eggs on.

(6) Finally these little Bidens ‘Blazing Fire’ flowers bought as large plug plants that were delivered in early May along with Bidens ‘Double Sun Drop’. They were planted in my verdigris-coloured metal container and I was hoping for a mass of vibrant colour. Not happened. The large plugs were small in my opinion and they refused to grow, in fact none of the online bedding plants have been any good this year. I shall use a local nursery next year so I can see what I am buying.

I caught some more naughty sheep in my ‘wild garden’ on Wednesday (see header photo). Out in the garden I heard a very loud baa-aaaing sound so went to investigate and sure enough 5 rascals were nibbling the plants in the borders! The gate to the farmyard was closed so they must have managed to scramble over the Cornish hedge opposite me. As with the cow last week (did I mention the cow?) I managed to herd them back into the yard. Just call me the “Animal Whisperer”!  😂