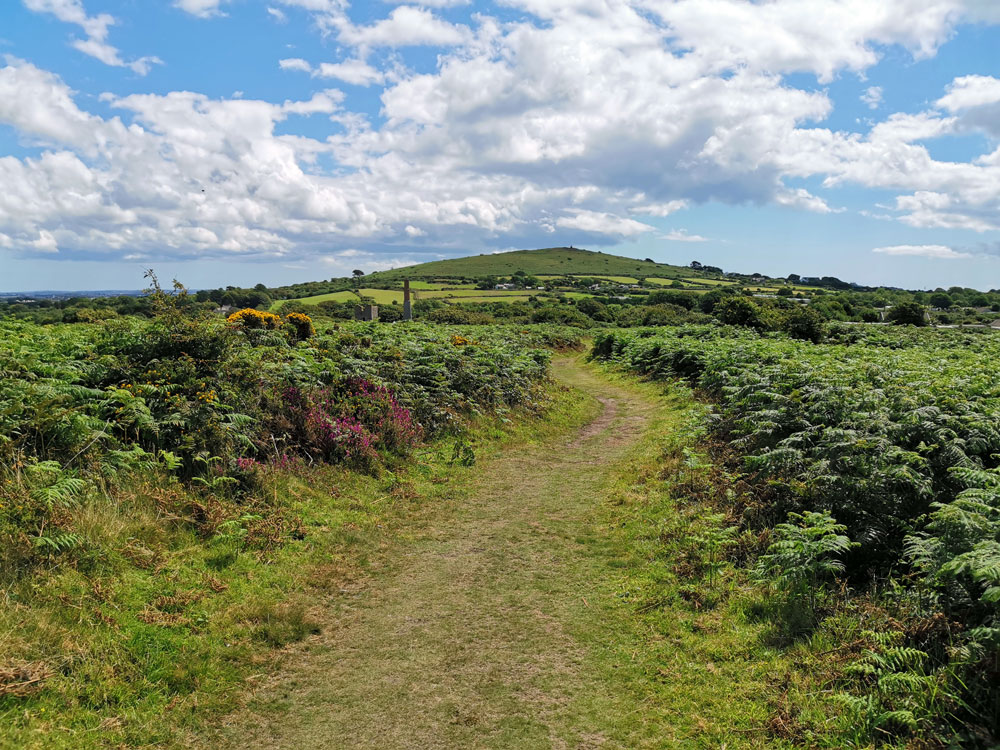 From ‘my’ hill I have a view northwards of Godolphin hill and Tregonning hill. With Cornwall rapidly filling up with visitors from other parts of the country and possibly abroad we are avoiding places which are too busy, such as the beaches and the tourist hot-spots such as St Ives and Godrevy. But staying close to home is becoming a little bit boring so we are venturing out to gardens where the numbers are being restricted and where it is a little less popular. Godolphin estate took our fancy last week and in addition to a walk around the garden we headed up the neighbouring hill on the south-westerly reaches of the estate. 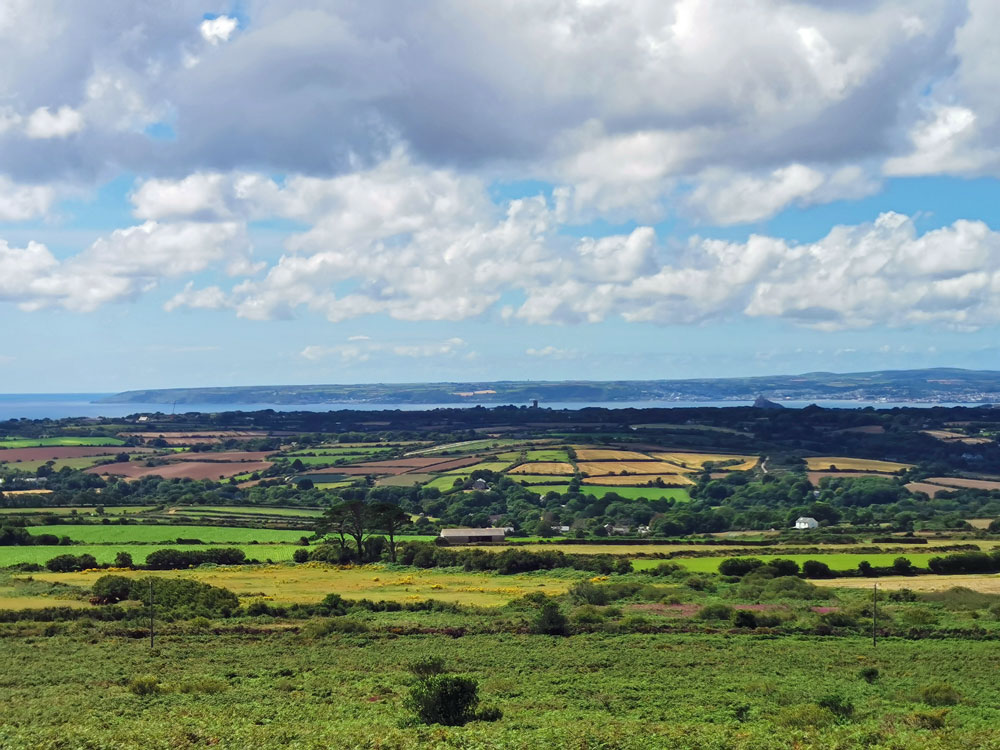 The estate was once rich with tin mining and now a part of the Cornish Mining World Heritage Site. The Godolphin estate made its early proprietor, Sidney Godolphin, first Earl of the same name, incredibly rich. Although mining continued up to the 20th century on the estate, it flourished most around the late 18th century, much earlier than other sites. 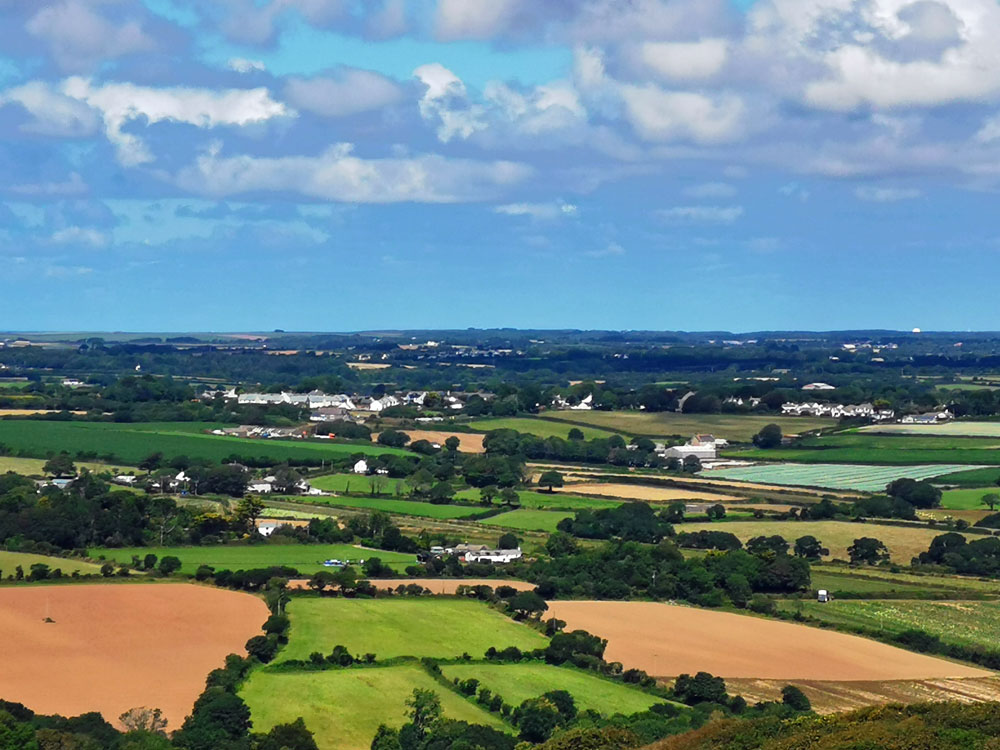 Following a circuitous pathway up the hill you can’t help but stop and take notice of the views behind you and the wonderful colours of the patchwork fields. Reaching the Leeds’ shaft (first photo) you turn sharply right towards the summit. In the spring you will find wild wood anemones here, in summer much of the ground is covered in bracken with pockets of heather and gorse. 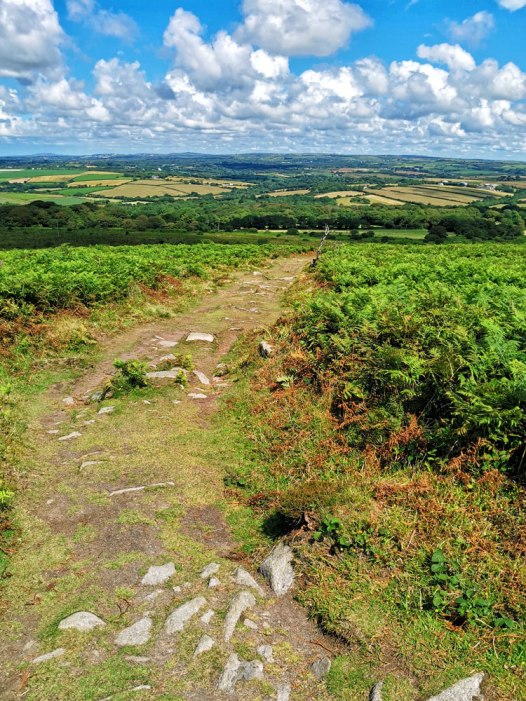 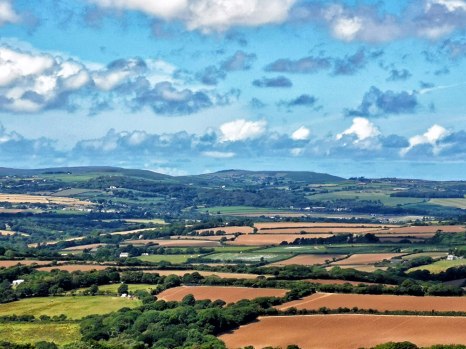 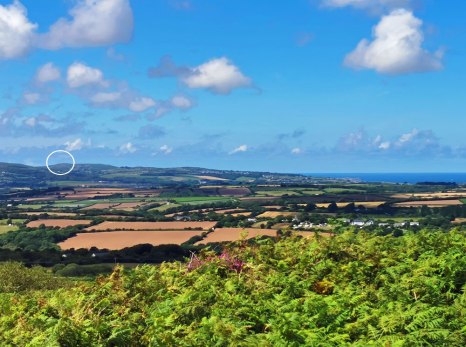 When you reach the top you will find breathtaking panoramic views. The top is an old beacon site and from here you can see many other hills in the area. There is a prehistoric enclosure from the neolithic period, 4,000-3,000BC, similar to those at Carn Galver, Carn Brea, Trencrom and St Michael’s Mount. 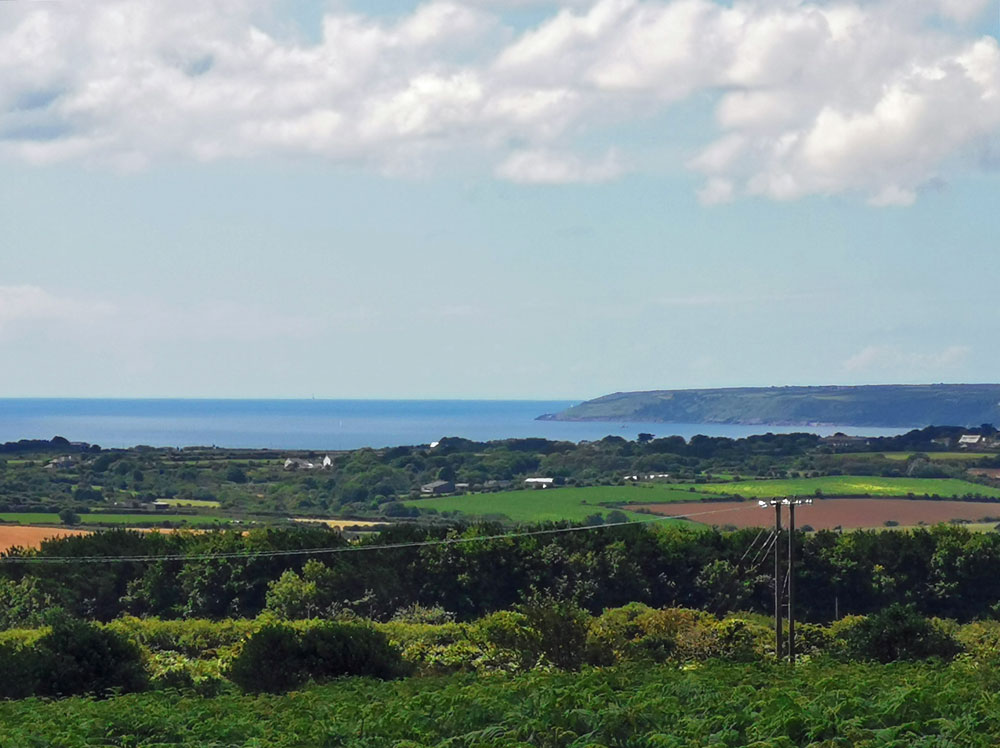 Leaving the summit by the steeper, stonier northern path leads you back to the Slips. This old lane – its walls cloaked in ivy, ferns, herb robert, navelwort and red campion – runs directly from Godolphin House to Godolphin Hill. The name ‘slips’ crops up in many Cornish places, referring to narrow pieces of land, strip fields or ‘stitches’. In medieval times, this lane passed through a strip-field system and this might explain the name. Its width is typical of moorland droving lanes, used for moving sheep and cattle to and from summer hilltop grazing lands. In the 17th century, the lane was planted with sycamore trees. 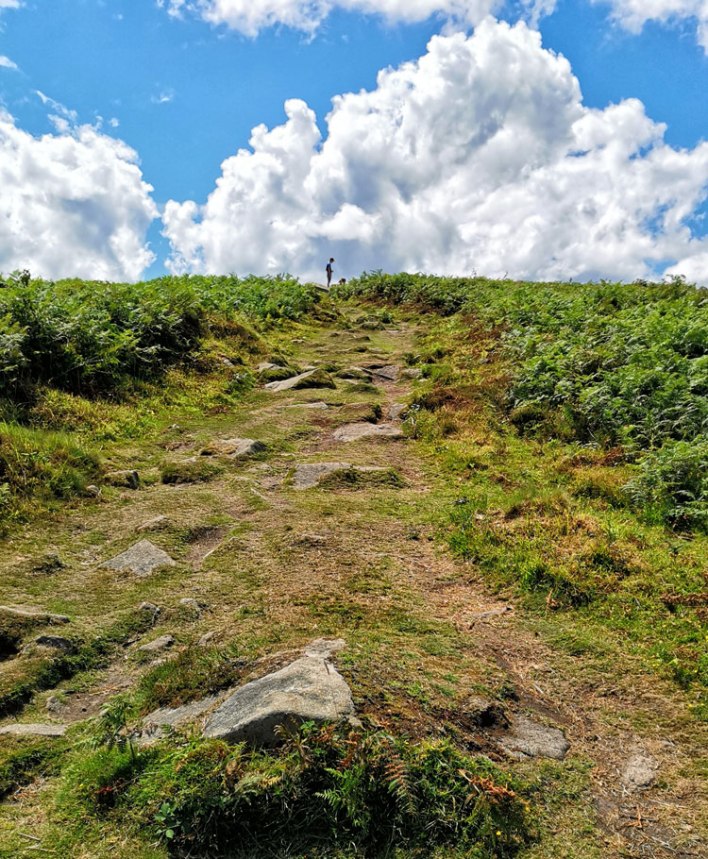 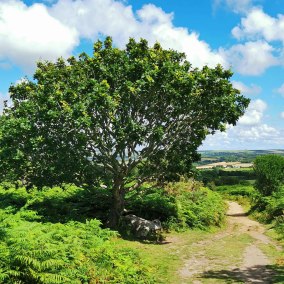 Junction with the hill path 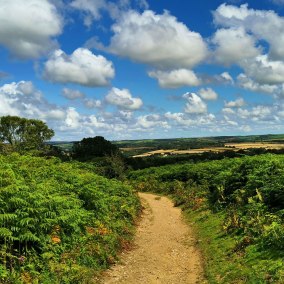 Path leading to the Slips 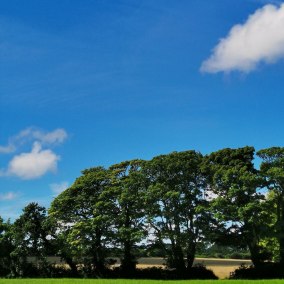 It was a pleasant walk, just enough uphill to work out the heart without too much huffing and puffing. The sky was blue with white fluffy clouds and just enough of a breeze to keep you cool. And the air was bright and clear so the views were spectacular. Next time we really need to bring a picnic with us.