Clematis ‘Prince Charles’. A member of the royal family grown in my garden. (His daughter-in-law ‘Princess Kate’ is the other one). It looks similar and is in the same group as ‘Perle d’Azur’, but doesn’t get as gangly, nor does it succumb to mildew. Raised in New Zealand, Clematis ‘Prince Charles‘ produces masses of mauve-blue flowers from mid-summer to early autumn. 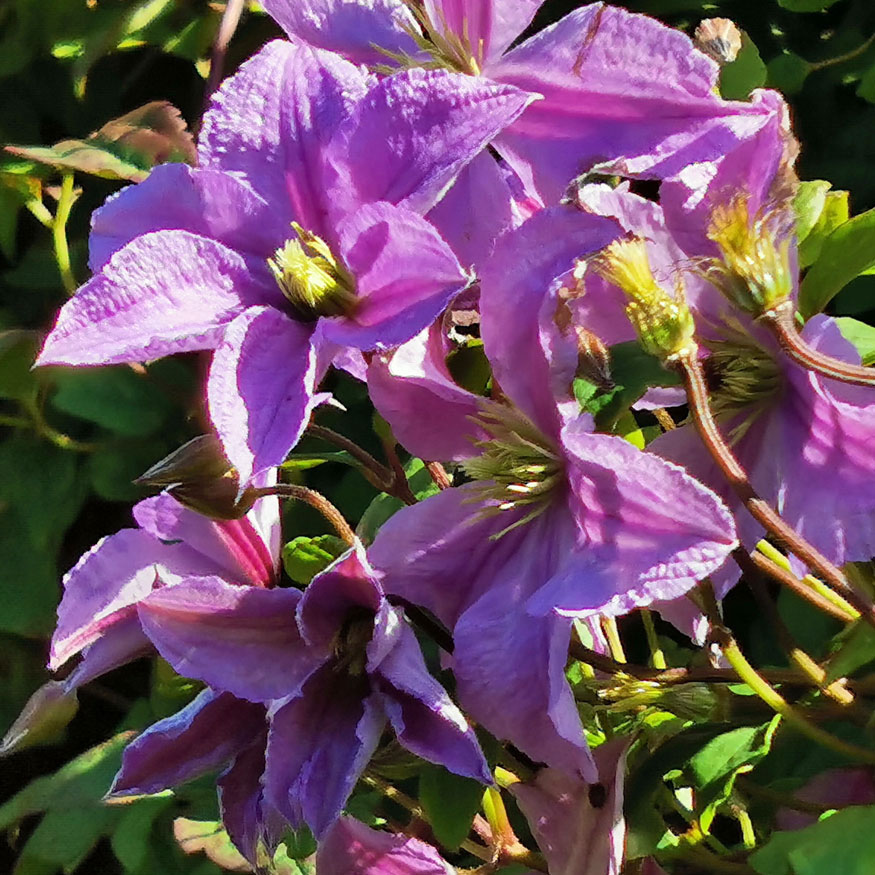 This one is in my ‘woodland border’ and in the shade until late afternoon.  It looks quite purple in this photo, but is actually much bluer. And from behind you can see the deep reddish-mauve bars much more clearly.