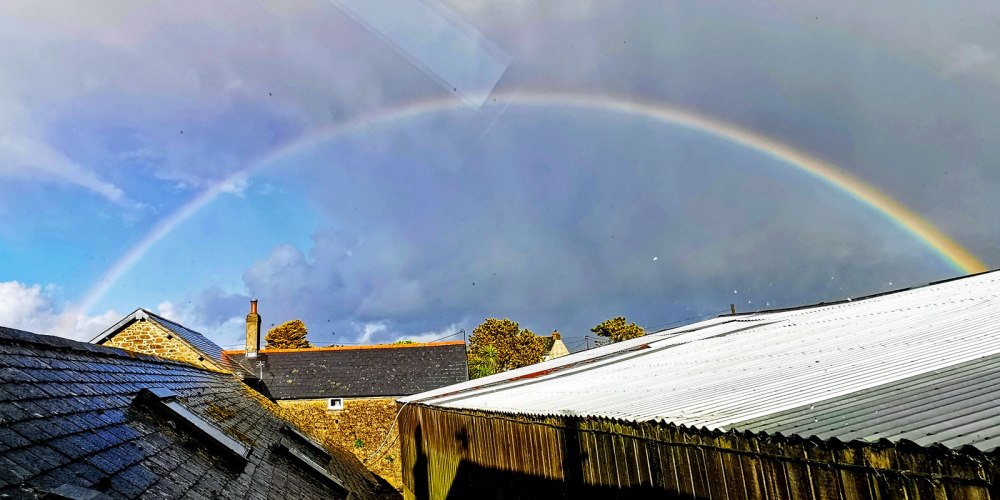 This week is all about ferns. I have a lot of ferns in my garden, they self-seed (if that is a word you can use about ferns) along the rockery walls and in the edges of steps. Apart from the Hart’s Tongue fern and the ones I bought last year to plant in containers along with my fuchsias I don’t know what the others are.

(1) The Woodland Border is starting to green up now – full of ferns and heucheras, hellebores, bugle and a multitude of other plants which will all appear on my plant list (under Garden Diary) at some point. This part of the garden spends the entire winter months in shade as the sun sets before it gets around the next door barn. I think this might be why some plants struggle to survive here. We’ll look at more woodland plants next week. 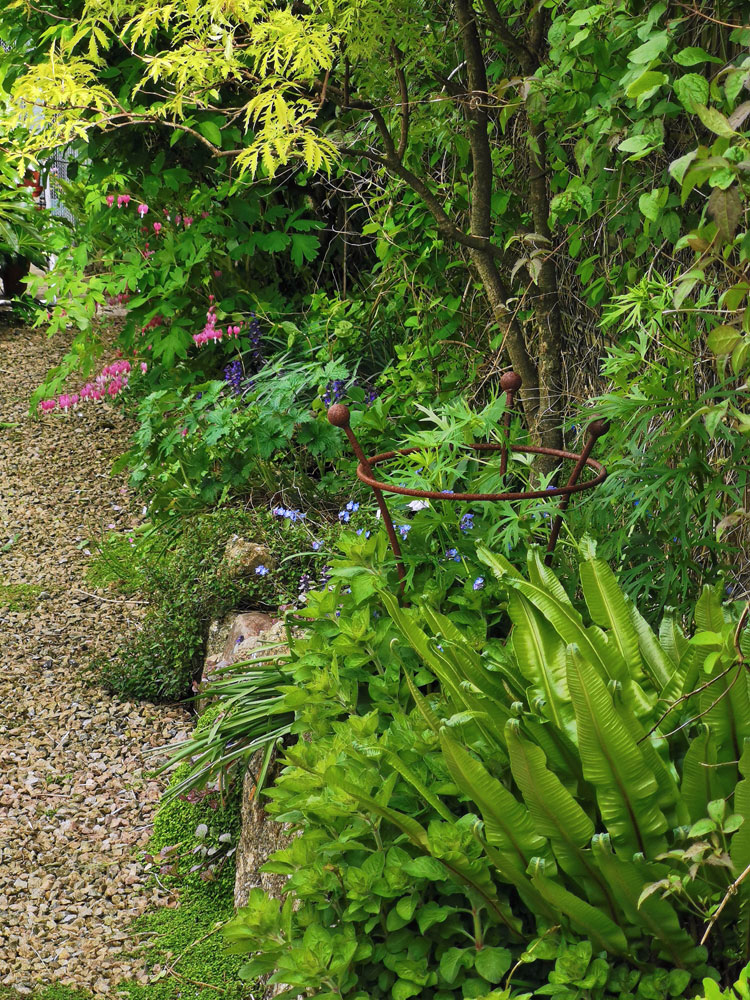 (2) Hart’s Tongue fern has been mentioned many times before but is a huge part of this area of the garden. They grow on top of the wall and out of the wall and look lovely for most of the year. In February I cut off all the blackened leaves and let the new one unfurl. 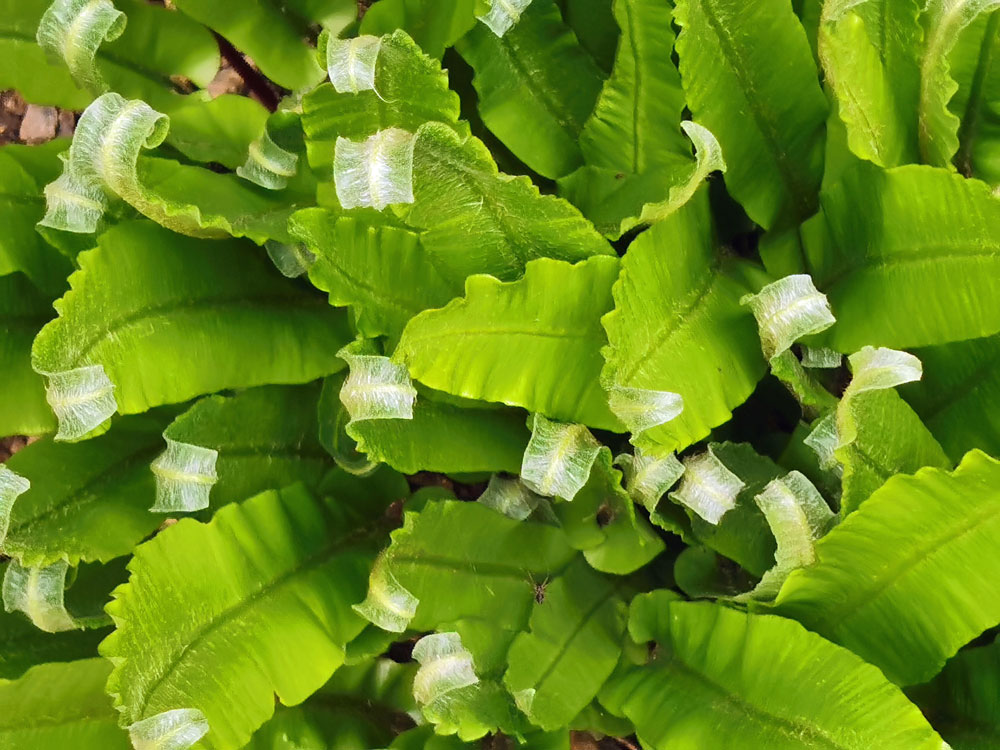 (3) There are other ferns along this border, but I have no idea what they are or whether they are just native ferns that ‘blew’ in on the wind. The first one is quite dainty 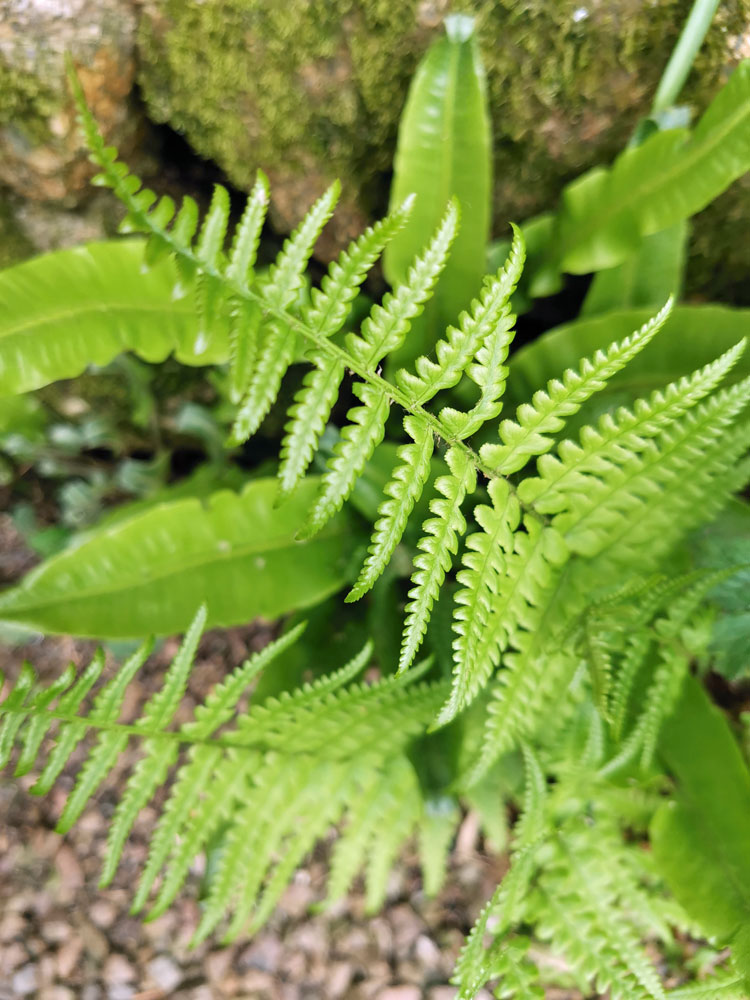 but this is a much more rugged affair.

(4) In the front courtyard however are ferns I have names for, as I purchased them last year, but they look quite similar at the moment as they are only just appearing again after disappearing over the winter. These ferns share pots with fuchsias, but I think once I can get to a garden centre and buy some new pots they may be separated. This is I think Athyrium niponicum ‘Ursulas Red’ a Japanese painted fern. This fern features central stipes (stems) that are reddish, particularly toward the tip, with a red flush appearing on the pinnae (leaves) nearest the central stem. Pinnae (leaves) are purple-bronze to start turning silvery as they age. 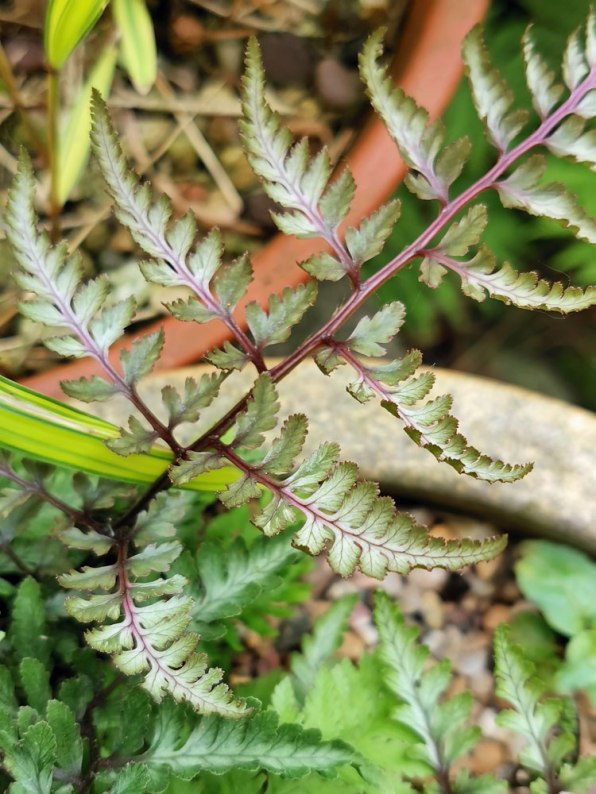 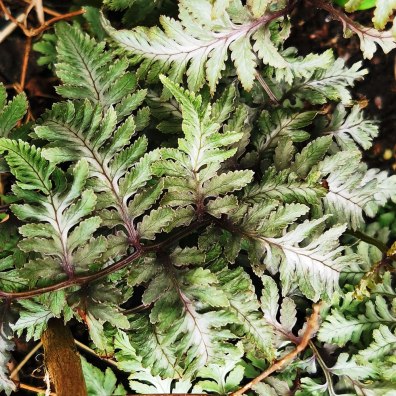 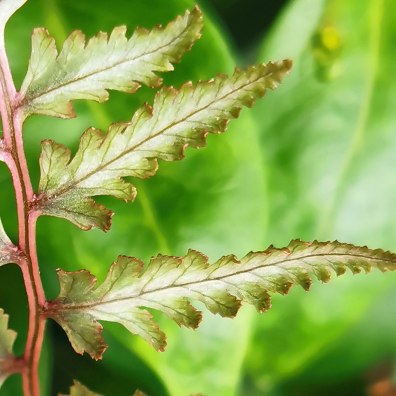 (5) More Athyriums – these may be wrongly named, but all these were part of the collection I ordered. A shame I didn’t label the pots I put them in!  These striking deciduous perennials known as Japanese ‘painted lady ferns’ are supposedly easy to grow and pretty much pest and disease free. I like that in a plant. 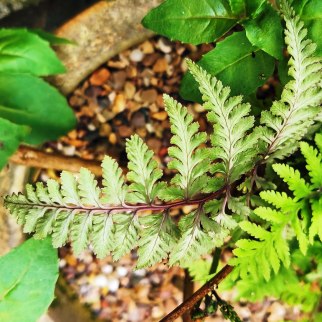 (6) Random ferns grow in the cracks of the granite slabs that are in front of my house which as you can see is rather wild, with dog violets and hebes and forget-me-nots which self-seed here, not to mention Valerian/Centranthus which will appear in a month or so followed by crocosmia. I wish cow parsley would seed here and some red campion perhaps would be nice.

The header this week is a fern twirl (a photo editing technique I have just learned about and which has been filling some of my spare time when I am not blogging or gardening) and the lovely rainbow at the top appeared late afternoon on Thursday as I was playing with the twirls.

As always, if you want a peek over other people’s garden walls then please pop over to our host, the lovely Jon, AKA ‘The Propagator’ who is celebrating his third anniversary of this meme and where you find links to many more wonderful garden enthusiasts from all over the world.

Take care out there!