After my experiment a couple of summers ago with a white bed I decided last autumn to trial some white spring flowers in this bed. So I chose some white Narcissi, white Tulips, white Chionodoxa (Glory in the snow), some mixed blue and white Muscari and white Crocuses (Snowbunting). The crocuses ended up in the new shady bed where they didn’t do very well on account of all the rain we endured in February.

Tulipa White Triumphator is creamy white, fading to white, with very pointed petals on shorter stems so probably has good weather resistance. Mine has a distinct greenish-white band, so I’m not certain this is named correctly. Though the green band disappears as the flowers mature. The trouble is I bought T. Tres Chic as well and the two are very similar. I think these would look nice with some red tulips nearby, which was my intention, but I got tired of trying to plant bulbs in the wet autumn we had. Meanwhile the blue of the Forget-me-nots add some contrasting colour.

Narcissus ‘Sir Winston Churchill’ is one of the strongly fragrant multi-headed narcissi I planted here. It was the last to flower, but is still flowering now and is a froth of lovely double heads. One I definitely recommend. 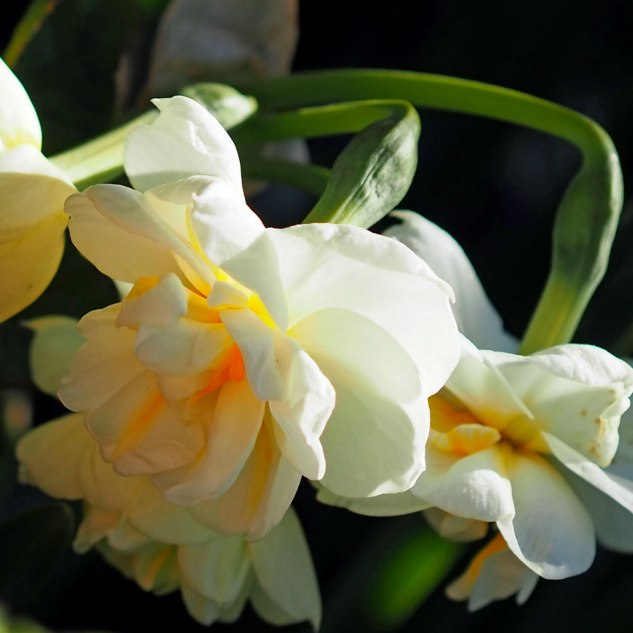 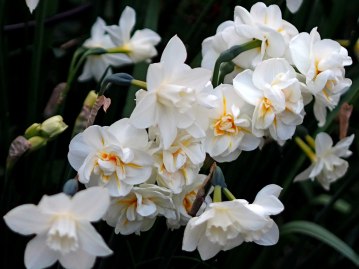 Narcissus tazetta  ‘Geranium’ was one of the first to flower (mid-March) and is another multi-headed one. Also fragrant and very pretty with the orange corona. This has been flowering for several weeks now

Narcissus ‘Pueblo’  is a jonquil daffodil that opens soft, primrose yellow. As the flowers mature, the cup stays yellow and the petals fade to creamy white. It is also heavily scented and weather resistant. Which, as you can see from these photos, is just as well. 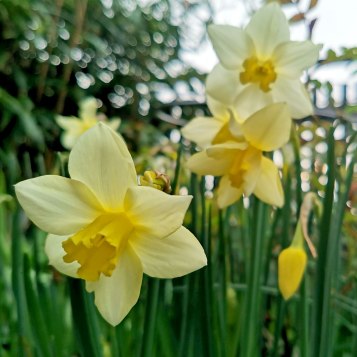 Narcissus triandrus ‘Thalia’   was very much loved by the Victorians and has an understated elegance. It looks especially good in large swathes.  The multi-headed trumpet daffodil emerges from its bud a greeny-white and opens to reveal a delightful, pure white fragrant flower. 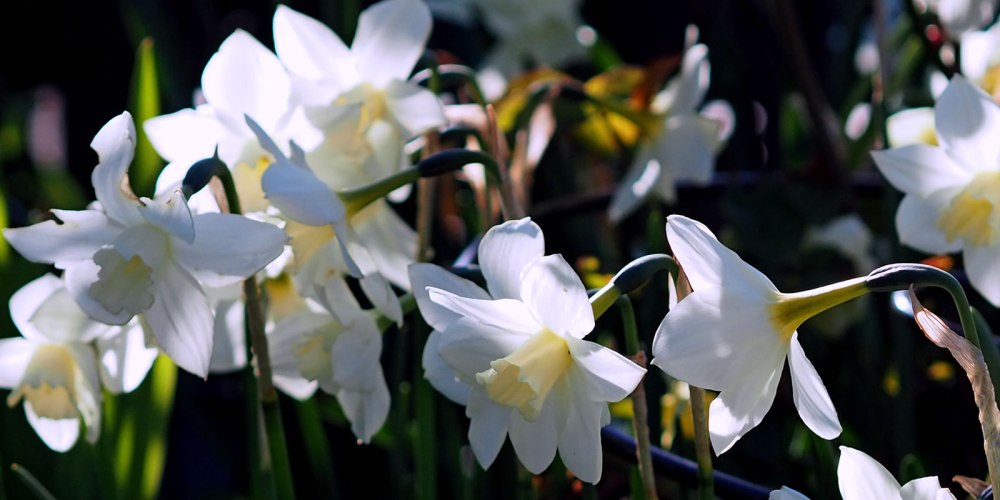 In the same bed I planted another tulip variety. This one is Tulipa ‘Flaming Spring Green’ a Viridiflora tulip with an ivory base and streaks of raspberry ripple and green. It began flowering in early April and is still looking good. I hope these return next year.

Now for some whites grown in pots.

Tulipa ‘Green Star’  opens right out to a five pointed, stripy green and white star. It has the elegance and poise of a Lily-flowered tulip but with the longevity and elegance of a Viridiflora. I bought these to go in the shady courtyard as viridifloras like shade. I also bought Doll’s Minuet another viridiflora but in contrasting carmine pink and green stripes which is a much shorter flower to accompany it. Needless to say neither has made it to the courtyard. As we rarely go out now it would be a waste as we’d never see the flowers.

I moved this container onto the Zen Patio next to the white container and the dark Queen of Night with Lasting Love in the background (which are now a much darker shade) where I think they look good.

Tulipa Tres Chic is a pure white perfectly formed flower carried on a tall slender stem, very strong and sturdy. A beautifully shaped lily-flower with a nipped in waist. This is planted in a container along with Narcissi ‘Thalia’ which is also pure white and scented. These flowers would probably look lovely mixed with some purples or pinks. I might try that next year.

And one other white which gives me great pleasure each year but now needs to be removed from its pot and planted in a bed somewhere if I can find a space is Ipheion Alberto Castillo with narrow strap-shaped leaves and sweet-scented star-shaped pure white flowers with a small pearl grey stripe in late winter and spring. Sometimes it will flower again in the autumn. 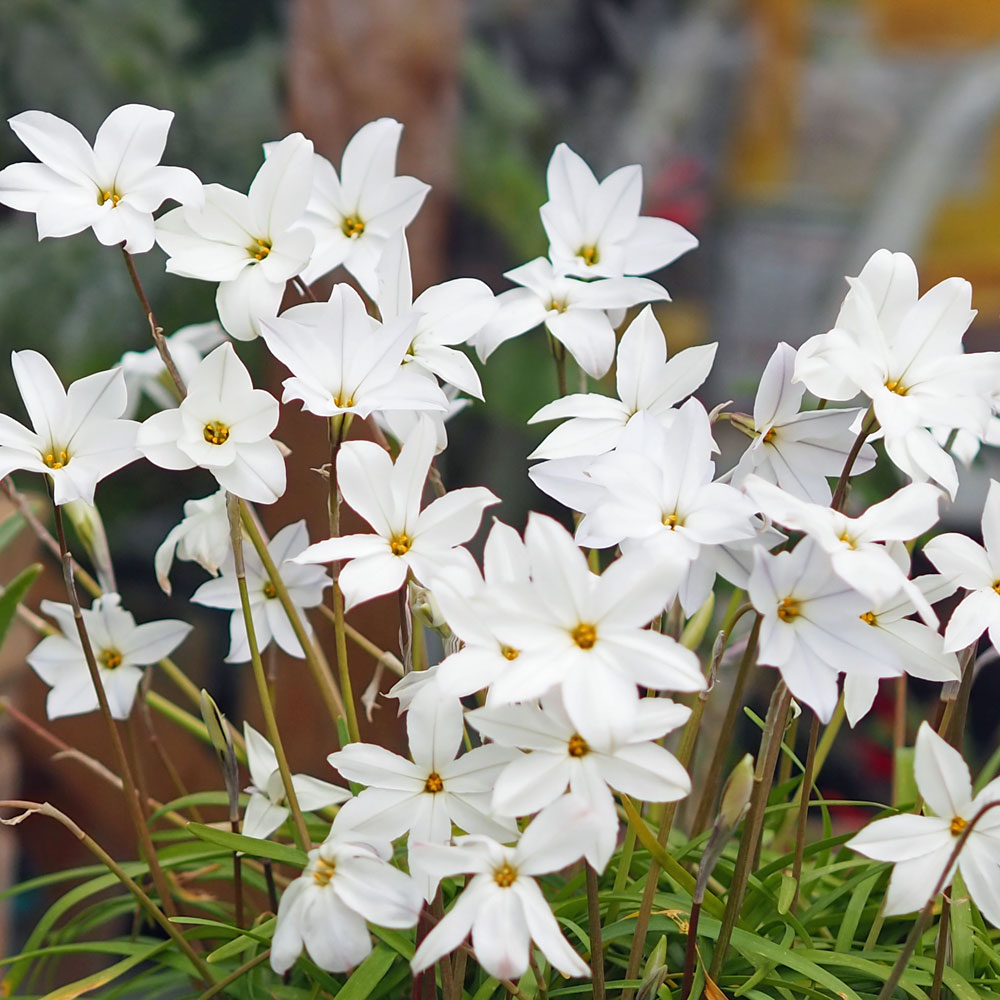