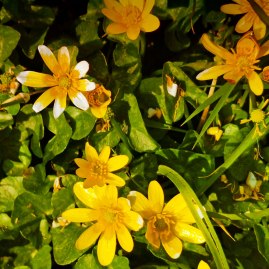 The Lesser celandine (Ficaria verna) is a cheerful sight in the bottom of the Cornish hedges right now. It has tiny kidney-shaped leaves and the shining buttercup yellow faces are a good source of early pollen and nectar for pollinating insects. Considered a weed, they are not too invasive and it has the odd habit of its leaves dying back after flowering, deceiving the gardener into believing it has gone away while it is merely coiled for further invasion in late winter. 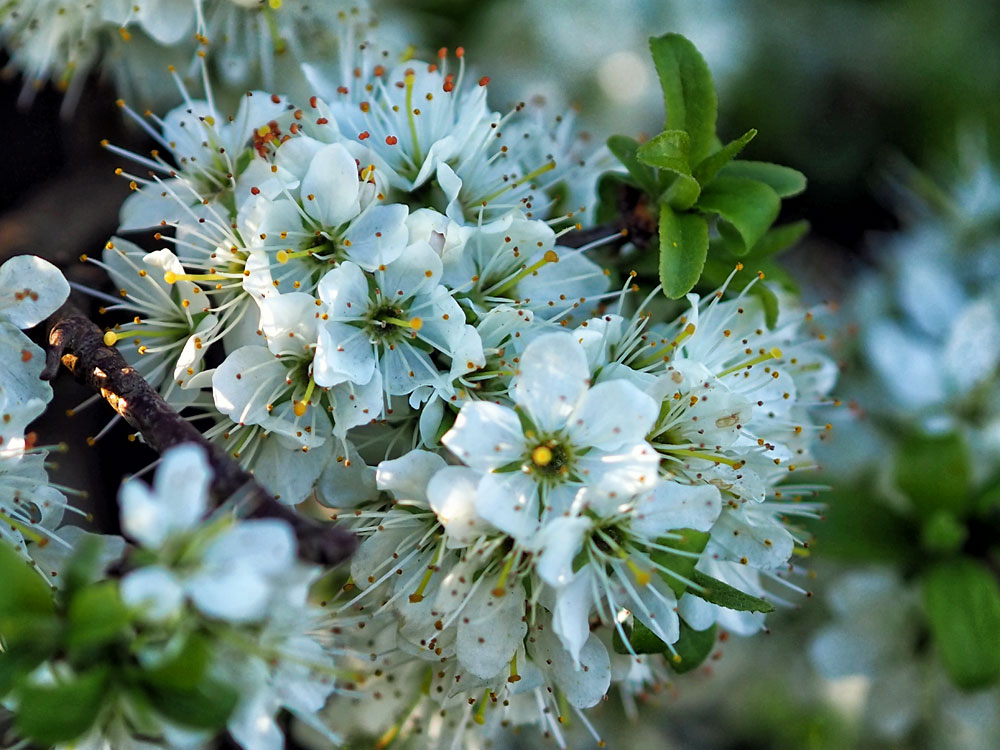 Other plants seen in the Cornish hedges are the bright stars of Lesser Stitchwort, the yellows of Gorse and Dandelions, white Blackthorn blossom and white three cornered leek (onion weed), purple Dog Violets which  flowers from April to June, but its flowers are not scented, wood anemones that are seen flowering not in the wood land, but on the bare slopes of the hill. And bluebells are beginning to make an appearance. Yellow, white and purple are the colours of April.

Tired of focusing in the hedges I turn my lens up to the many different trees that are bursting into leaf and flower now. Seeking out unusual leaves and buds and flowers. 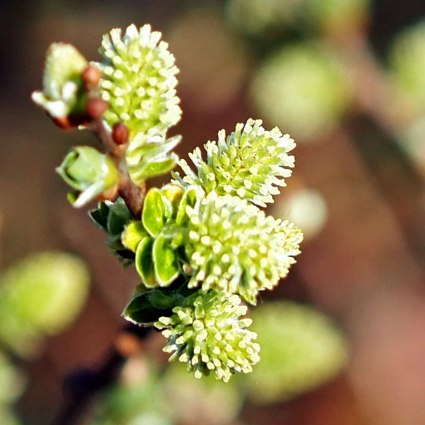 Can you please check your spam folders as many of my comments are still disappearing, even on sites where I comment frequently. Thank you!