Finding a parking space near to a beach in Cornwall during the school holidays means getting there early. Which is how I came to be at Chapel Porth car park at 8:50 on Saturday morning aiming to walk the coastal path up to the Wheal Coates mine and on to St Agnes Head. The weather was perfect other than a stiff breeze which picked up during the day. 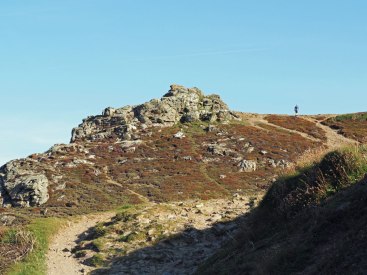 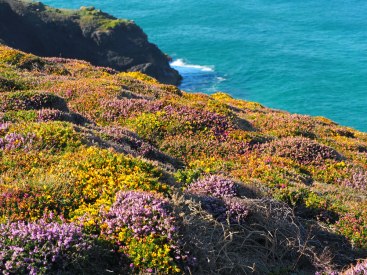 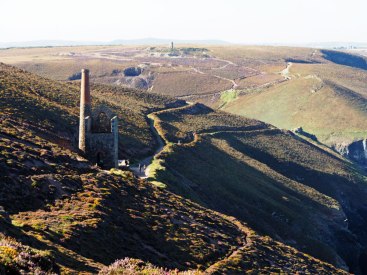 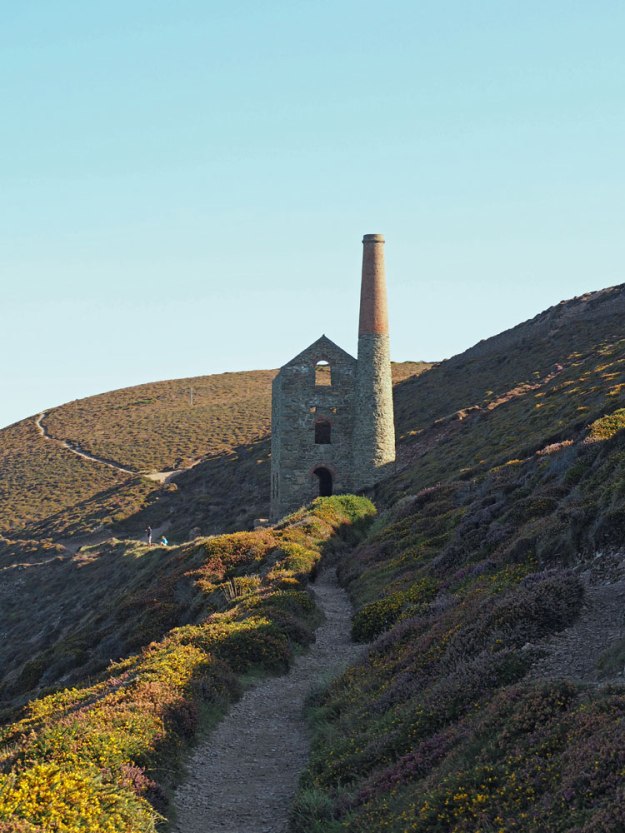 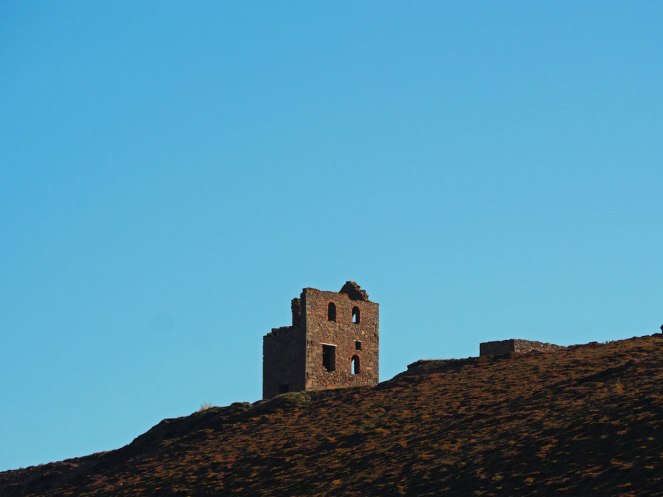 The views on this part of the coast are phenomenal. Roughly 30 miles panoramic seascape stretching from St Ives in the west to Trevose Head in the east.

There are many paths and trails criss-crossing the headland here. Some are very stony with loose scree, most have rocks and divots so you need to be mindful as to where to place your feet. The mine buildings are those of Wheal Coates and if you look carefully you will see several fenced off disused mine-shafts, home to the horseshoe bat. More evidence of the historical use of these headlands can be seen in the car parks up on the flat plateau by Carn Gowla and St Agnes Head which is where the Coastwatch Lookout is. An anti-aircraft battery was built here in the Second World War and American troops were stationed here prior to D-Day. After the war the buildings were used for housing right up until the late 1960s. Imagine the views from those homes! 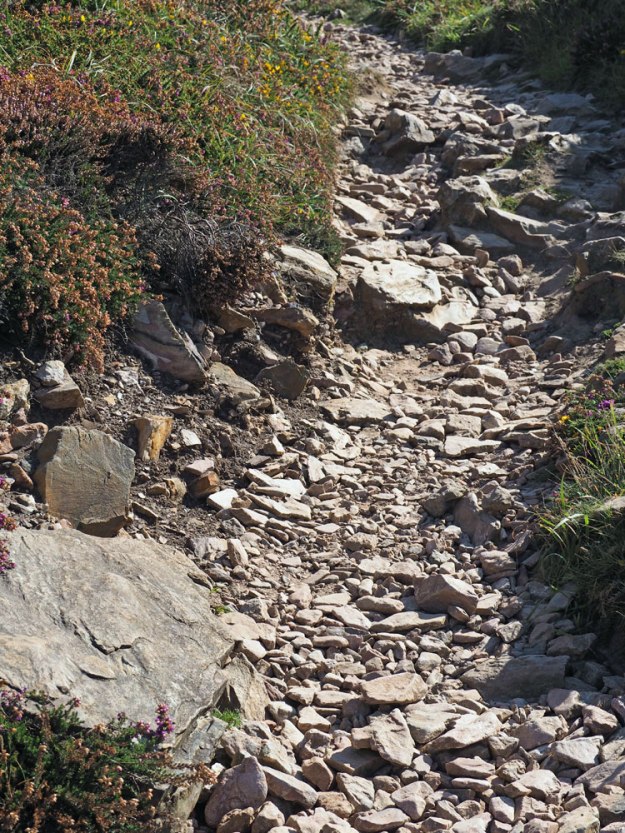 The heath-land and coastal grasses are home to many wild species of plants and birds and butterflies. Dolphins and Ocean Sunfish are occasionally spotted offshore as well as Peregrine falcons. None on this walk I am sorry to say. But I did hear and see Stonechats and a Rock pipit on my way back to the car park.