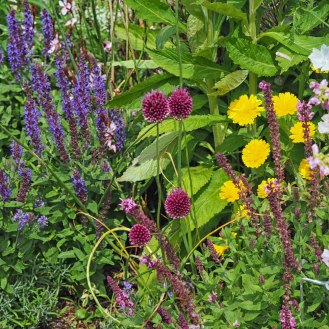 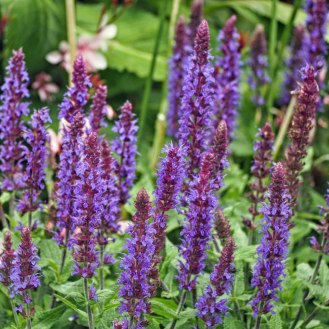 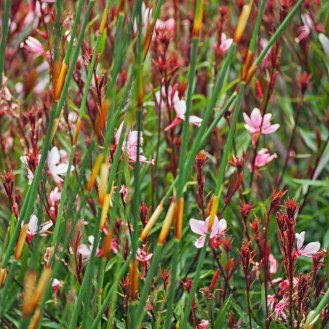 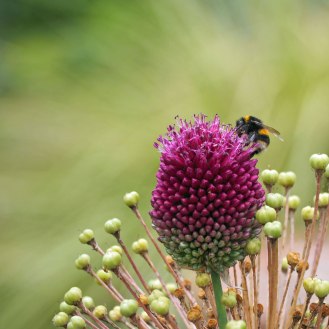 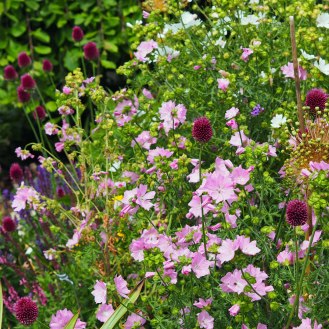 In late summer last year I completed my project to create a gravel garden on the sunniest side of my plot. One of the final pieces was developing a Bee and Butterfly raised bed with predominantly blue, magenta and purple perennials.

I am sure that it will need more tweaking in the coming months. But for now I am very happy with all the colour this bed is providing and hopefully food for the pollinators.