One of Holywell Bay’s most distinctive features are the twin rocks just of the coast. These two huge rocks are known as Gull Rocks or Carter’s Rocks. Those of you who watch the TV series ‘Poldark’ may recognise these images. Holywell beach is owned by the Warleggans .

The name Holywell is derived from holy well and it is believed this refers to a cave at the northern end of the beach. Only accessible at low tide (so take care) the cave contains an unusual rock formation which creates a series of basins with its calcium deposits, also at low tide a wreck of an old Argentinian coaster can be seen just offshore.

I went here towards the middle of July shortly before the schools broke up for the summer. When that happens it becomes silly season in Cornwall with roads, beaches and car-parks full to bursting. But on this evening it was reasonably quiet, with just a few people amongst the dunes, some of which rise up 60 feet,  a romantic spot to watch the sun set over the sea. Nippers were having a surf lesson and members of the Holywell Bay Surf Life Saving Club appeared to be enjoying a social get together. 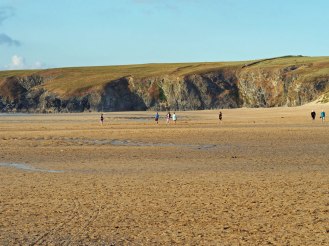 In 2002 the club hut was turned into a film set for the James Bond film ‘Die another day’ unfortunately Pierce Bronson did not actually come out of the water, it was a stand in, but viewers at the cinema still think that Holywell Bay is Hawaii! 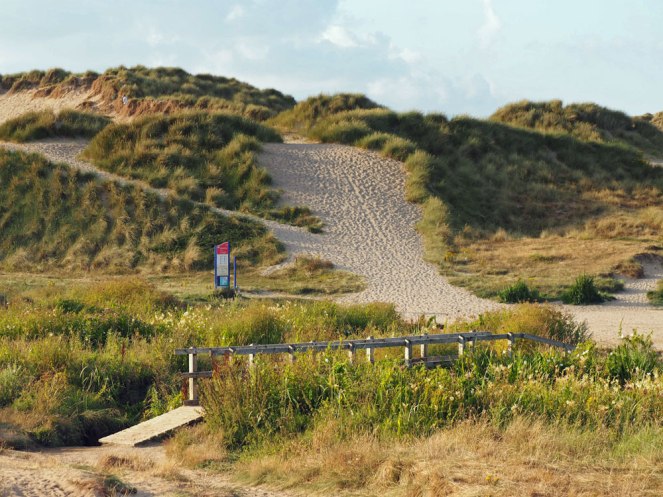 Bridge over the stream 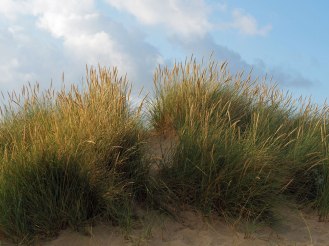 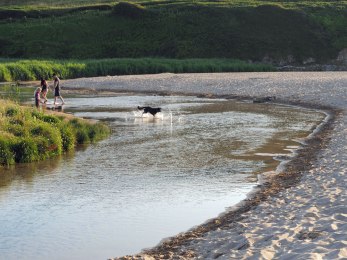 Fun in the stream 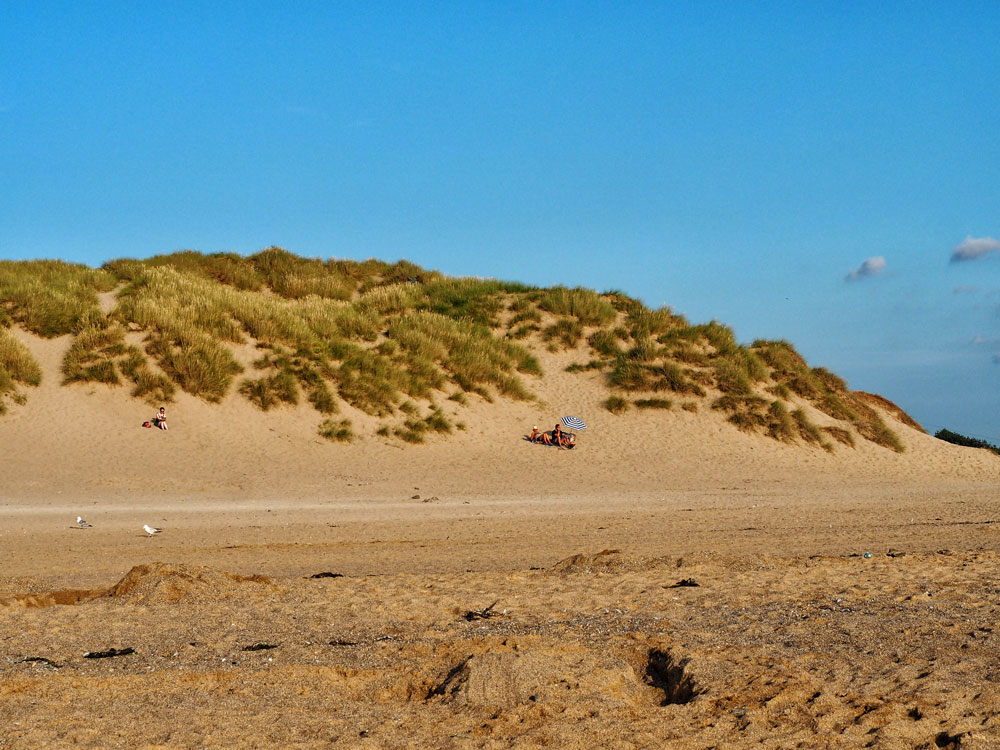 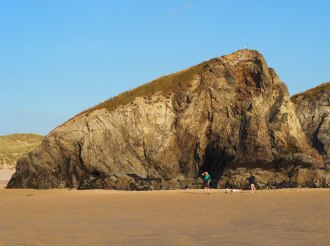 It is a perfect example of the north coast’s wide open bays, though the sand is a rougher texture than those further to the south. Behind the beach are tall sand dunes topped with Marram grass and Sea Holly. They are pretty tough on the calves to walk up, but you do get a nice view from the top. Access to the beach is either through the crystal clear stream or over the small bridge. There is summer lifeguard cover (19 May–30 September) and the beach is dog friendly all year round. It is a bit of a walk from the NT car park and that is the only place where toilets are located. There is a pub close to the car park, but be warned it does get busy. Close by is a golf course and a holiday park. 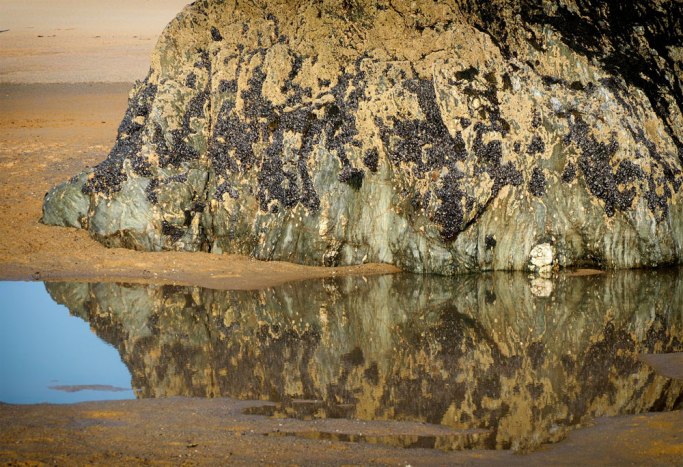 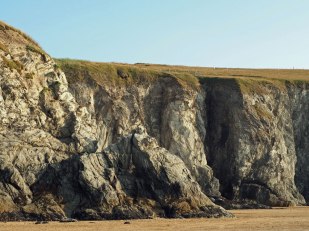 Oh, and bear this warning in mind if visiting during the summer months. Especially if you head off along the coastal path towards Polly Joke and Crantock over the headland.