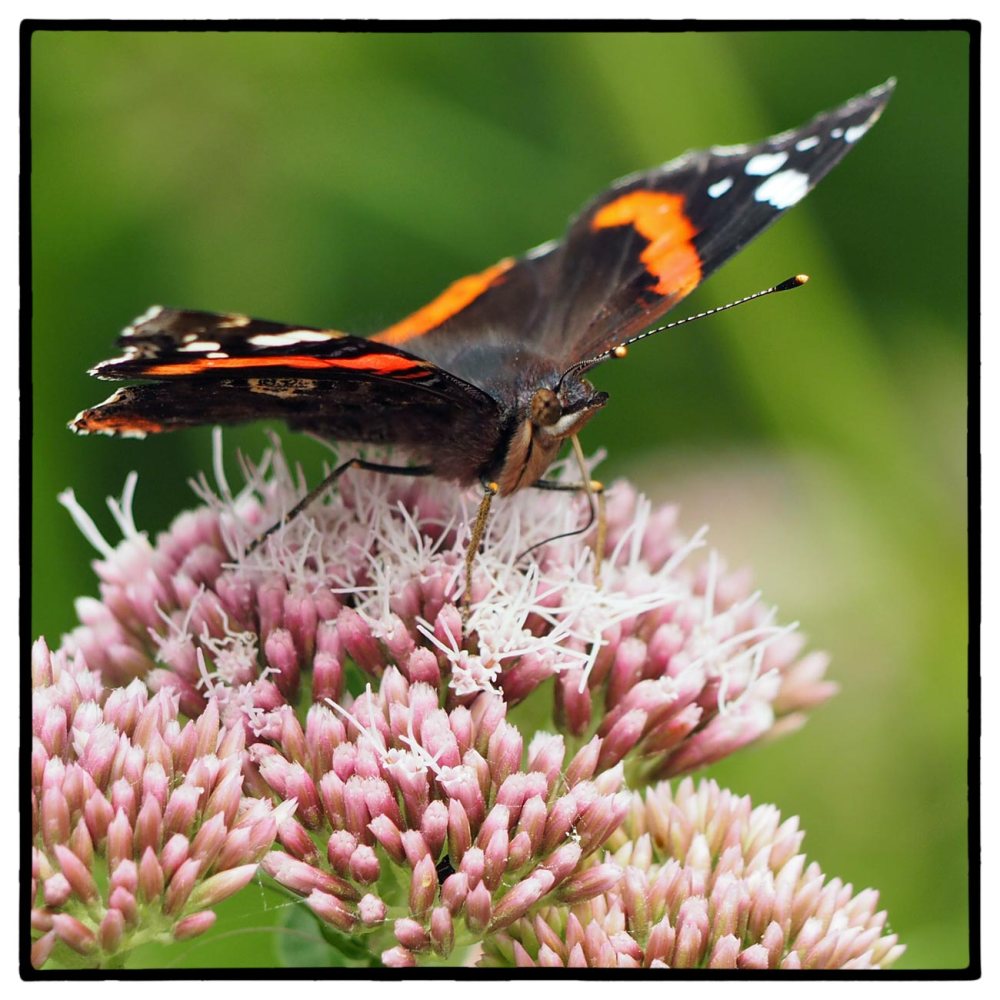 The Red Admiral (Vanessa atalanta) and once called Red Admirable,  is always attracted to the Hemp Agrimony which grows in my garden. They perch on the top drinking the nectar for hours. Seriously.  I often wonder if it has a soporific effect on them. 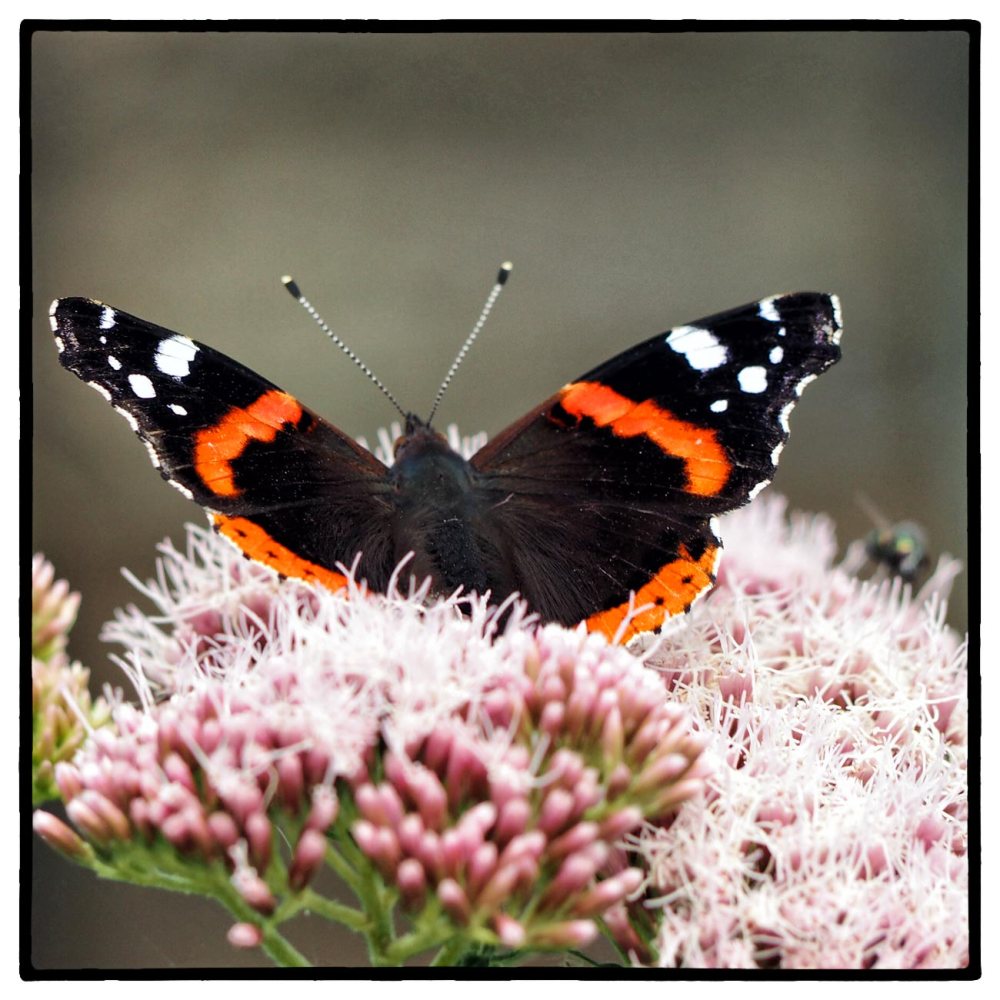 Unlike the White butterflies, these like nothing better than to spread out their wings and absorb the warm sunshine. This butterfly is unmistakable, with the velvety black wings intersected by striking red bands. This butterfly is primarily a migrant to our shores, arriving in May and June from central Europe. The eggs are laid singly on the upper leaves of nettles – usually in the middle of large patches so don’t be too hasty in removing that patch of nettles from your garden. 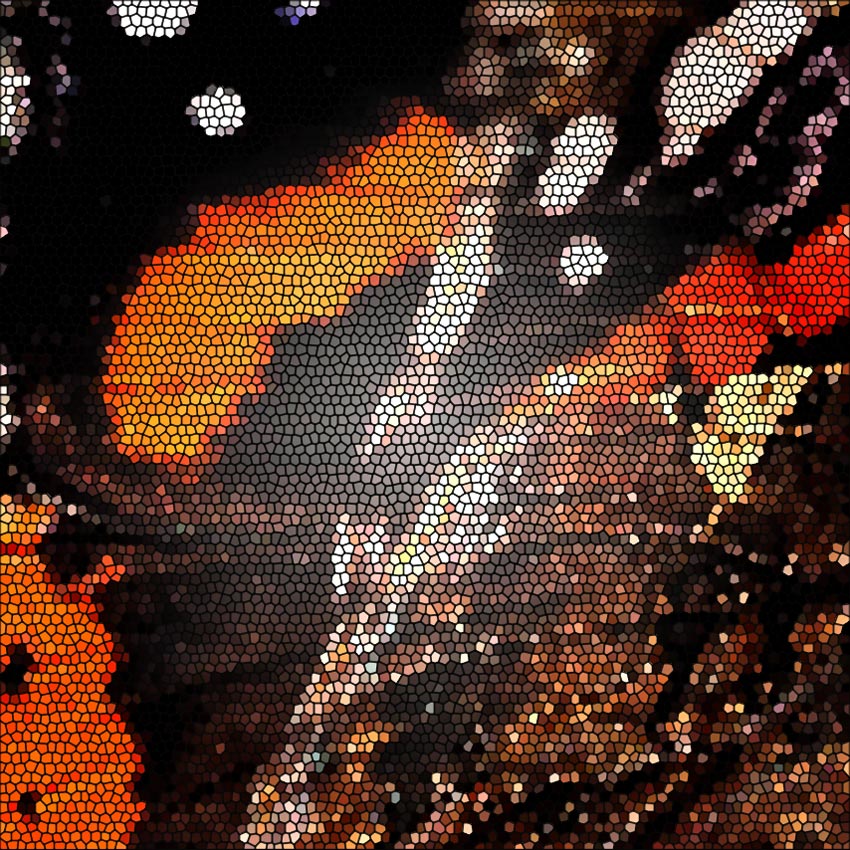 I just wondered what the wing would look like if I played with an art effect – this is stained-glass – so many colours!