Portreath is another sandy beach on the north coast of the county. Not too far from the towns of Redruth and Camborne it was once a busy port, importing coal and exporting copper to south Wales during the 18th and 19th centuries. Those days are long gone and now it is a quiet resort with only a couple of fishing boats remaining in the extremely narrow harbour. 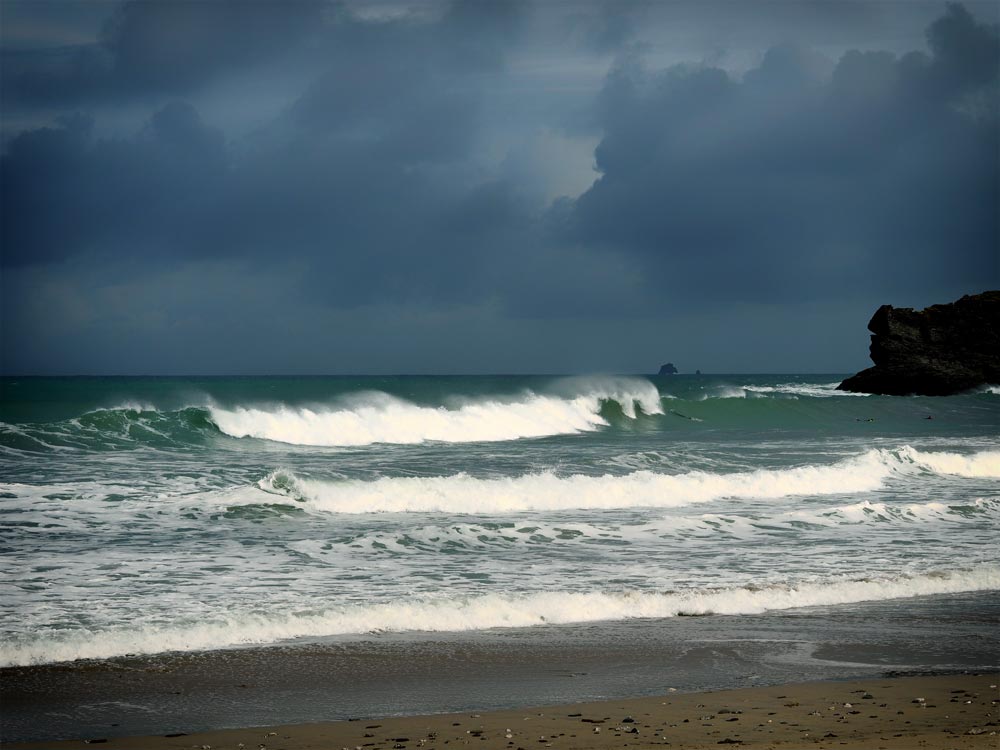 It is popular with surfers and in particular body-boarders who turn up in force at high tide on big swells to surf the harbour wall, or Vortex as it is known.

Some of the old tram roads have been converted into cycle tracks and it possible to cycle from Portreath on the north coast to Devoran on the south coast. The coastal path provides walks to the south to Basset’s Cove (2½ miles) and on to Godrevy (5 miles). North takes you to Porthtowan about 4 miles distant. Flowers carpet the cliffs during spring and summer with spring squill, thrift, dog violet and birds foot trefoil, bluebells, bladder and red campion providing a colourful and fragrant display. 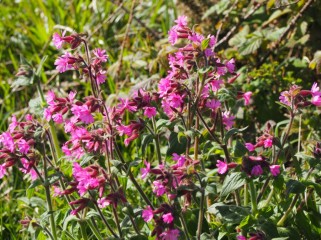 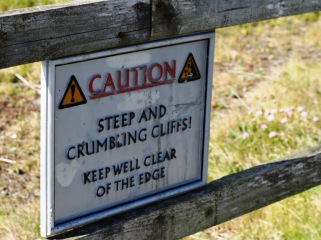 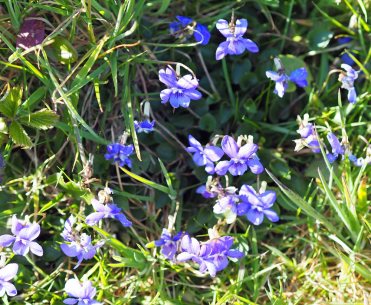 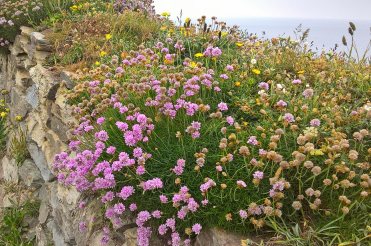 The cliffs in the area are made up of slate and sandstone and are subject to erosion, so care should be taken when walking the coastal path; there have been numerous cliff falls during 2017.

Like many of the cliffs around this coast, there are lots of caves, scoured out daily by the incoming tides. Warning signs at the base of the cliffs advise you to keep your distance. I certainly wouldn’t want to own these dwellings, perched where they are. 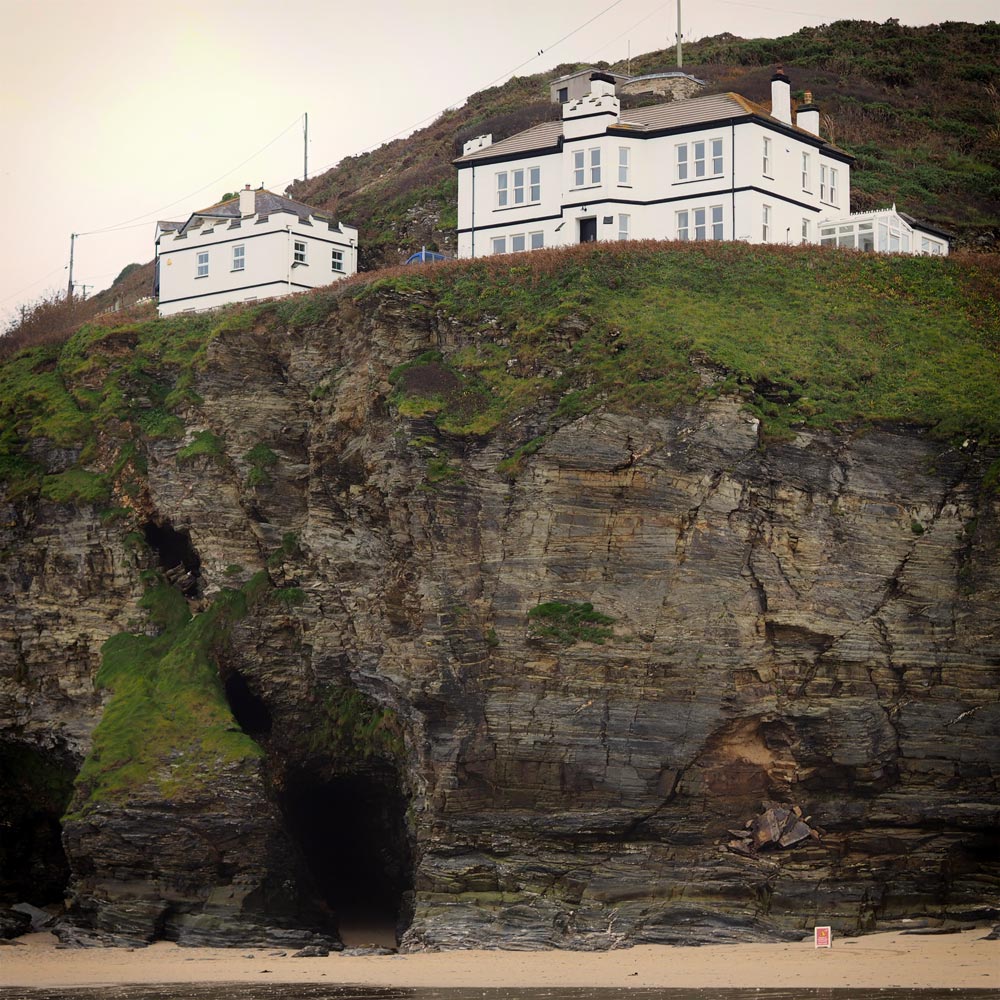 My Australian family stayed here during their recent trip to Cornwall. A short stroll on to the sand to the south of the stream which flows out to sea here and lovely views north. Caves to explore and rock pools to paddle in. And only a 20 minute drive from where I live.

The big rock off the coast is known as Gull Rock, but this is no surprise as there are many similar rocks off the Cornish coast with the same name. 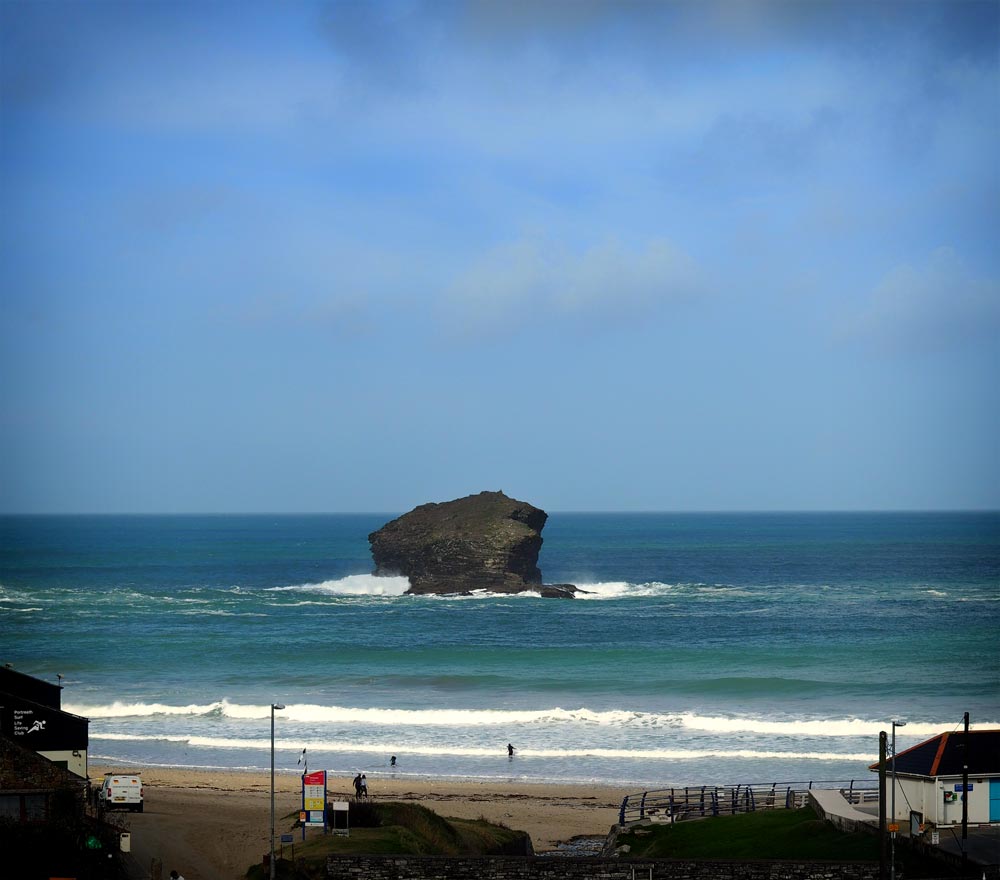 As usual, while other people swim or surf or paddle in the sea, I wander around the rock pools with my camera seeking unusual colours, seams and swirls. The patterns of the rocks never fail to please me and I have to remember to keep my eye on the incoming tide so I am not cut off. Scrambling up these cliffs would be no mean feat. 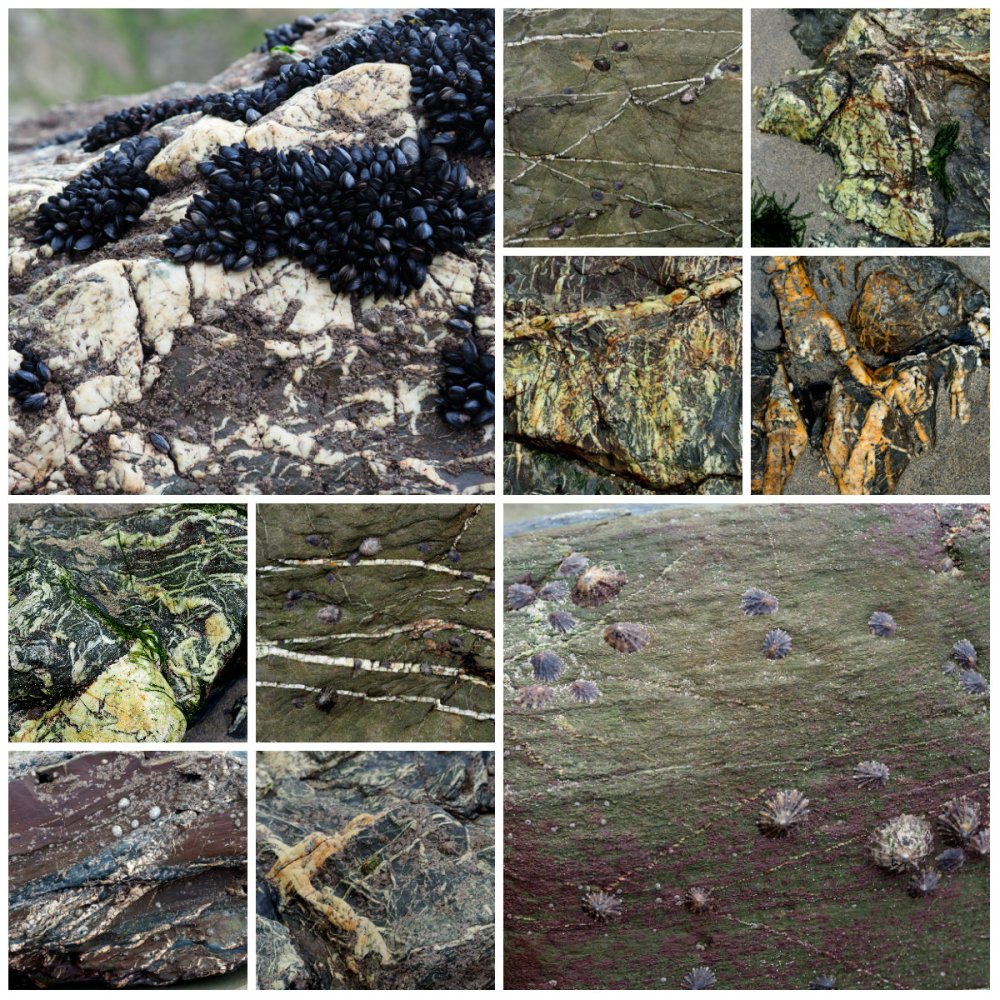 The daymark on top of North Cliff at Portreath is known locally as the Pepperpot. It was built as a sign to passing shipping so they knew where they were. It was built in 1846 and also used as a coastguard lookout.

Unlike many of the resorts along this coast, Portreath is a quiet and modest resort quite unlike the more popular neighbours of St Ives and Padstow. There are a few beach shops and cafés and the car park is right next to the beach, so no long walk or cliff face to deal with before hitting the sand and there is a bus stop with buses to Redruth and Troon.

The beach is cleaned daily during the season and dogs are not allowed on the beach from Easter Day to 1st October each year.