I’ve touched on the geology of this region before, but not on this blog. So it is about time I took more interest in the rocks around this land. Sadly a lot of the coastal areas are eroding and cliff-falls are very much the norm so you are advised not to walk too close to the edge of a cliff nor to linger too close to the cliff base in case a few tons of earth land on your head. I say sadly because there are some interesting formations and hidden caves that beckon me and my camera for a closer look.

A few days ago I was on Gwithian beach, this time we parked at the Gwithian car park and wandered down onto the vast expanse of sand that is exposed at low tide. To the left of the steps is a dog walking area, to the right is where we usually go with the grandkids for body boarding and swimming. 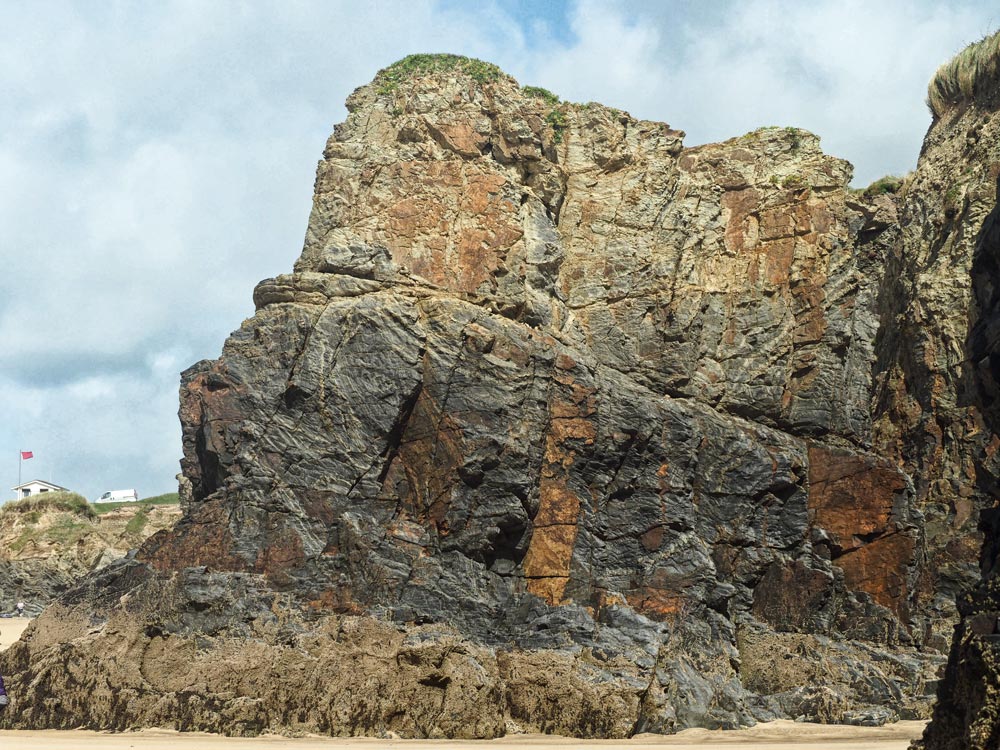 Setting: rivers and alluvial fans. These rocks were formed from rivers depositing mainly sand and gravel detrital material, with alluvial fans at a change in slope, for example, where fast torrents in steep narrow canyons flowed out on to a plain and deposited fan-shaped spreads; in semi arid areas these may join up to form a bajada.

This time we headed left to explore the stacks and rock pools left behind. From my own discoveries this is what I found: 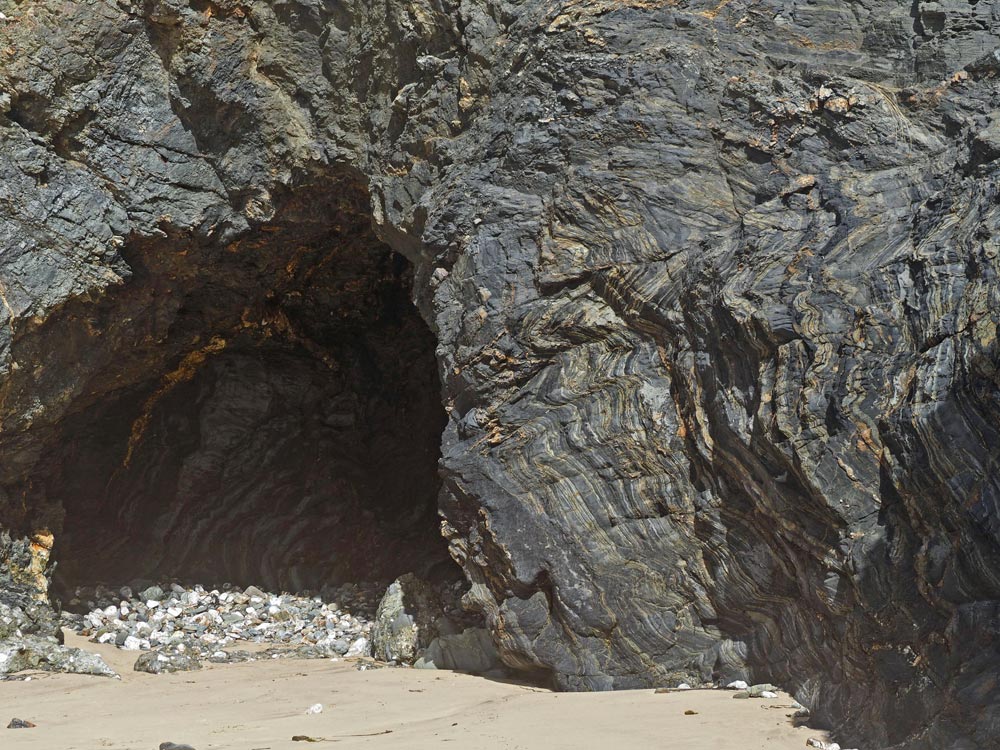 Swirls and stripes around the entrance to a sea cave. 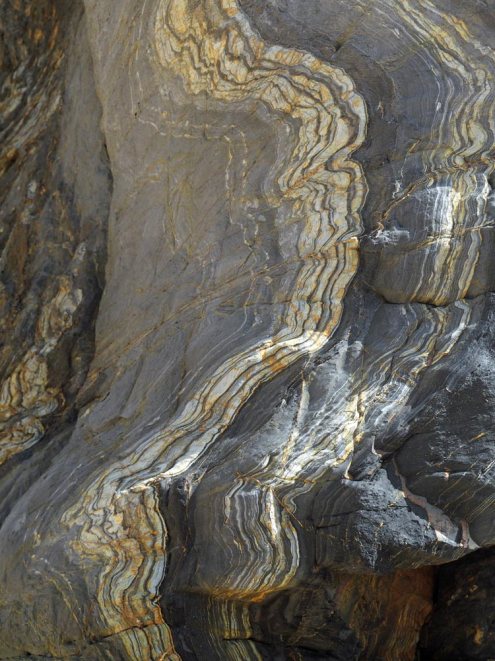 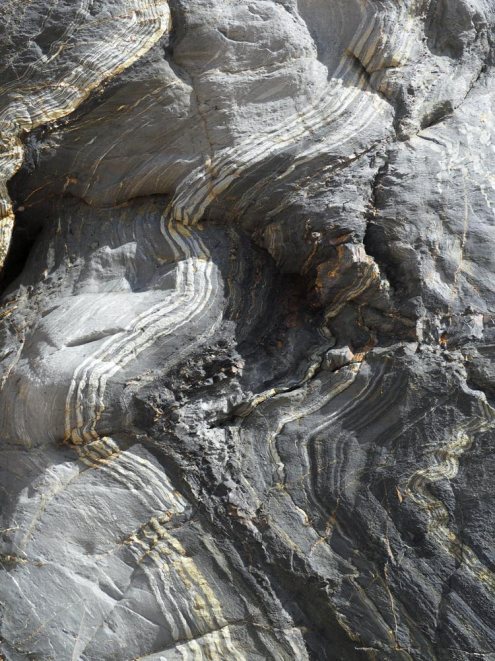 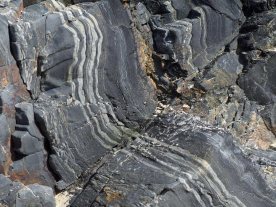 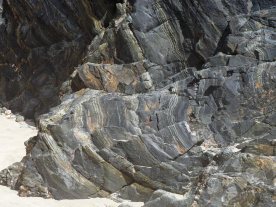 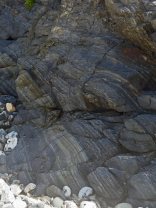 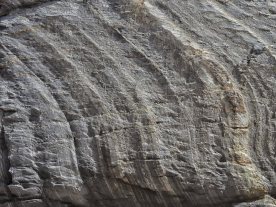 Mosaics on the cliff wall: 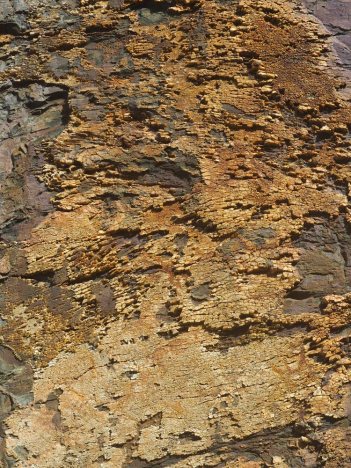 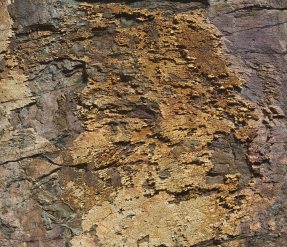 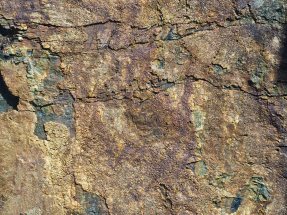 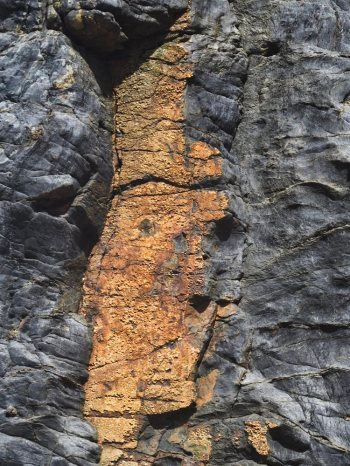 You will see typical sedimentary rocks such as mudstone and sandstone in which the original sedimentary layers or beds have been crumpled and deformed by folding into complex patterns by the energy of the colliding continents. 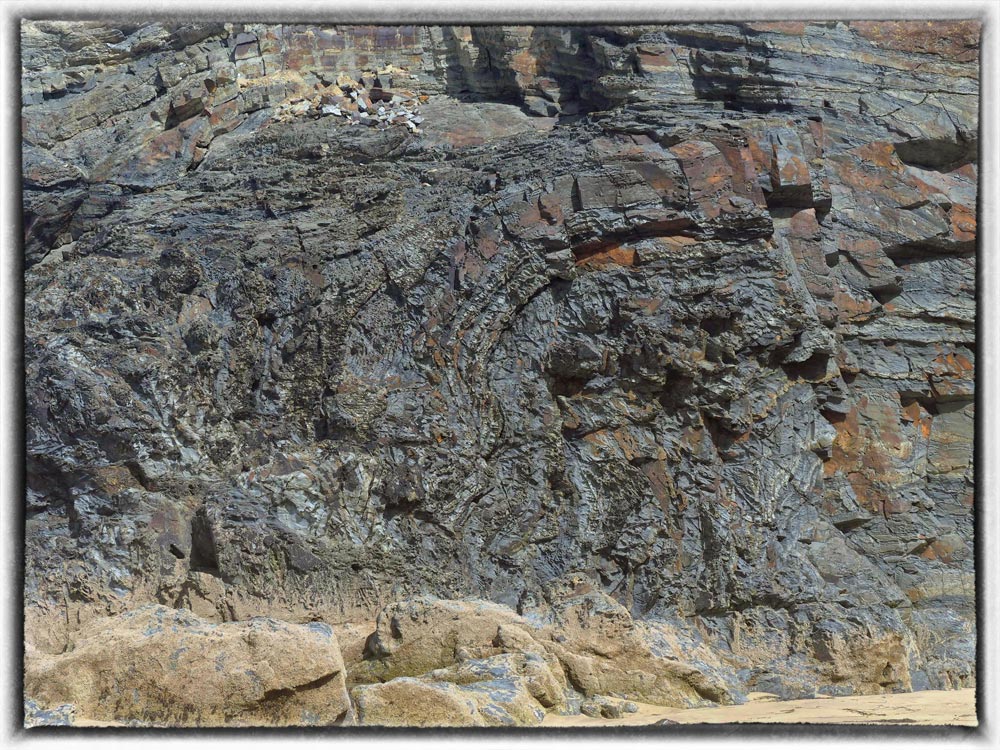 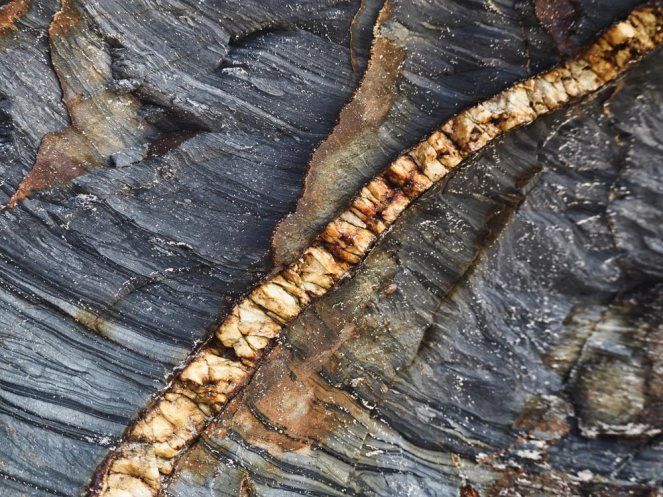 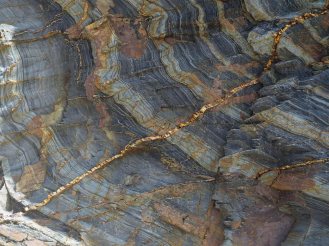 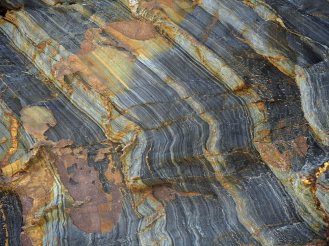 Rough and smooth sections side by side: 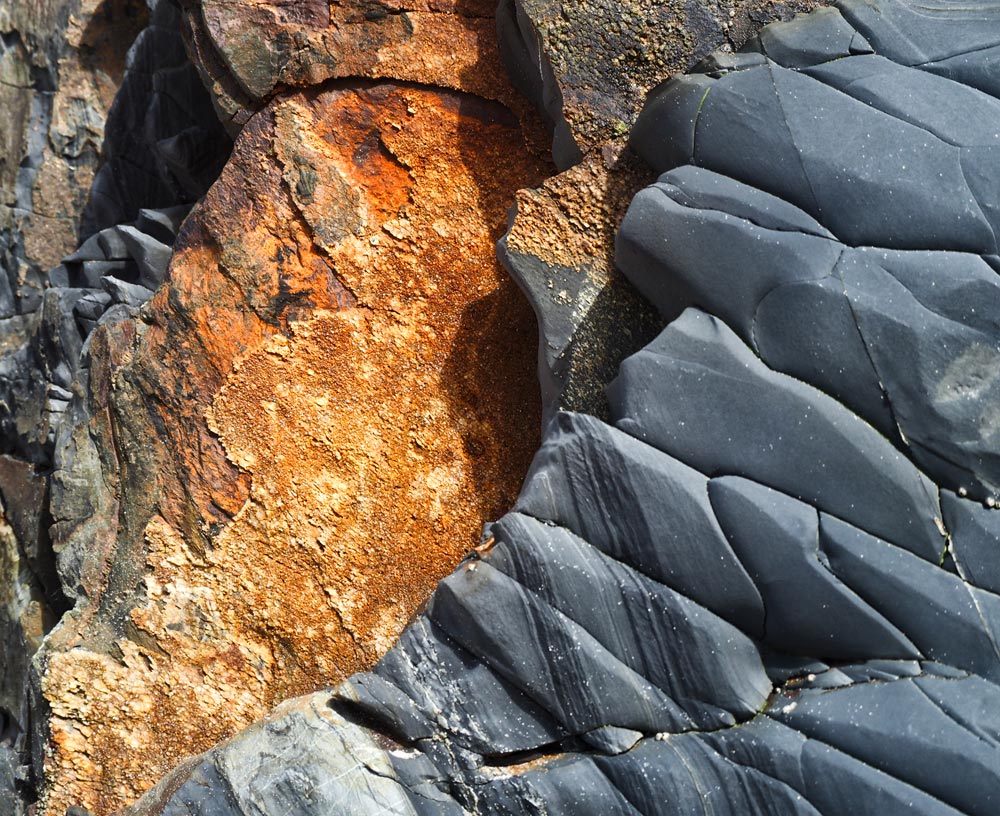 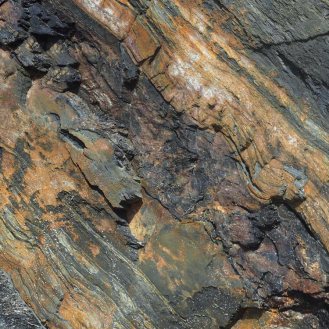 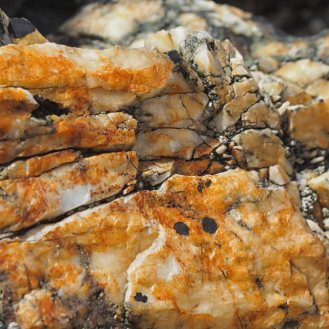 And odd upper cliff layers that look like roots of fossilised plants and trees.