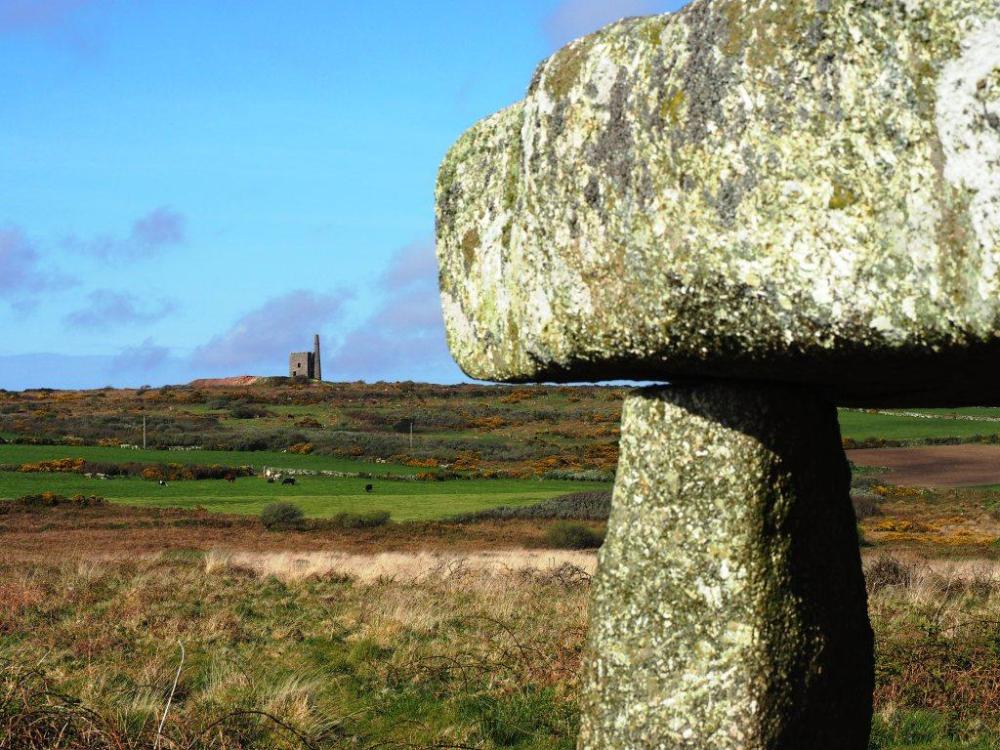 Today we finally managed to find the layby near to the Lanyon Quoit (Neolithic Period) along the Morvah to Madron road in West Penwith. Having driven past many times it is a relief to finally find the right spot! Just a short leap over a stile and you are on the north end of a long barrow, which is not easily seen as it is covered in bracken and grass. 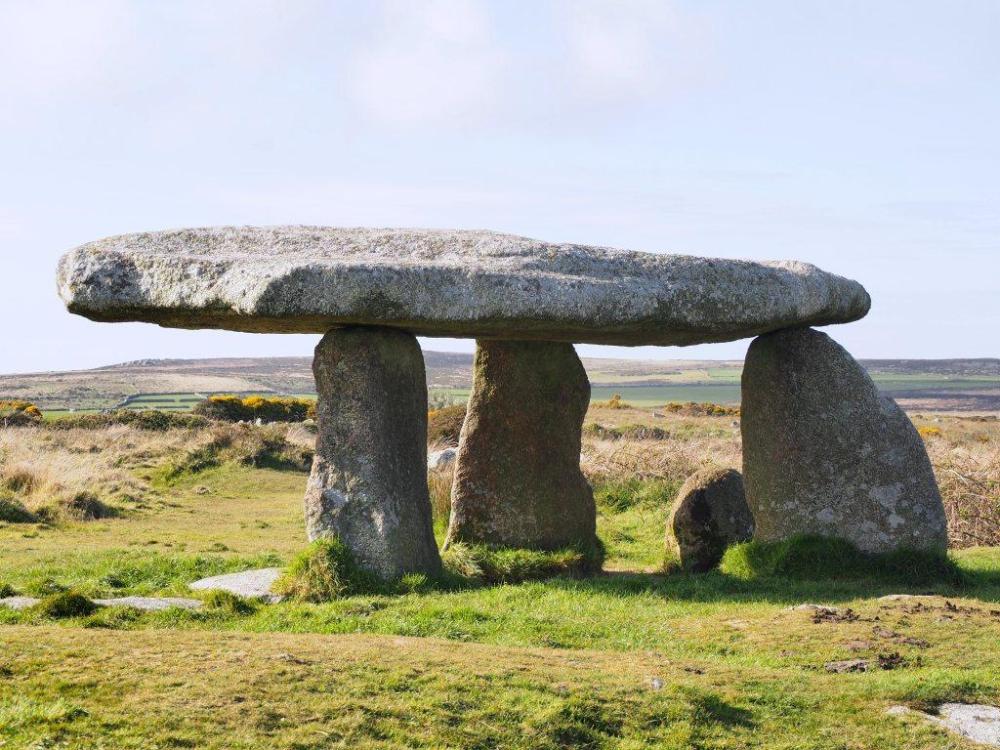 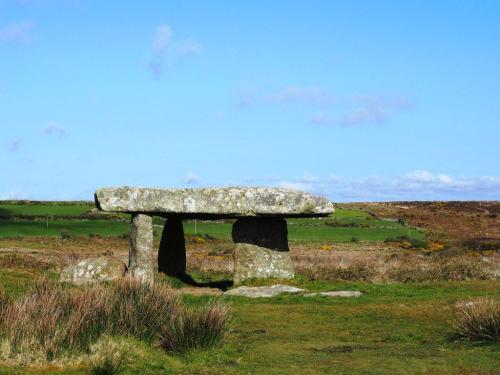 The dolmen* collapsed in a storm in 1815 and was re-erected 9 years later, and as a result the dolmen is now very different from its original appearance.

In the background is a more recent building, the Ding Dong mine. The mines themselves are believed to be the oldest in the UK, going back as far as the prehistoric period.

Near the mine ruins can be found the Bronze Age Nine Maidens Stone Circle, the Men-an-Tol as well as Lanyon Quoit. I do have photos of the Men-an-Tol, but need to go back and get some better ones. And also try to get closer to Ding Dong.

*A dolmen is a type of single-chamber megalithic tomb, usually consisting of two or more vertical megaliths supporting a large flat horizontal capstone (“table”), although there are also more complex variants. Most date from the early Neolithic (4000–3000 BC).