On the way up I couldn’t help noticing the grasses were much taller and almost hidden within them were tall, bright purple flowers that I had to stop and have a closer look at. 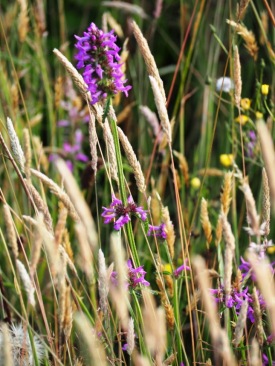 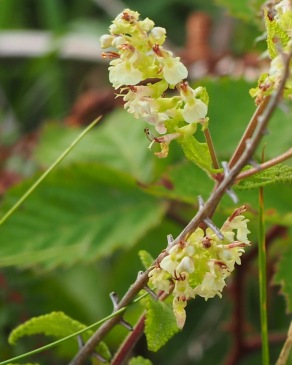 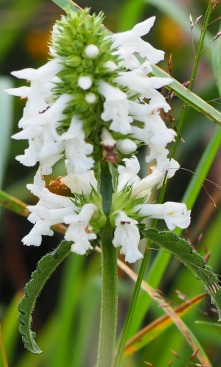 They turned out to be Betony (betonica officinalis)  and as well as the purple there were a few of the white variety. There was also some Wood sage which is an evergreen woodland plant that resembles sage but is not as scented, so is not particularly used in cooking. It has small yellowish flowers.  Apologies for the poor quality of these images, but it was very windy (as it so often is).

Reaching the top I have to take a photo of the sea view before turning my attention to the rocks and the flowers. 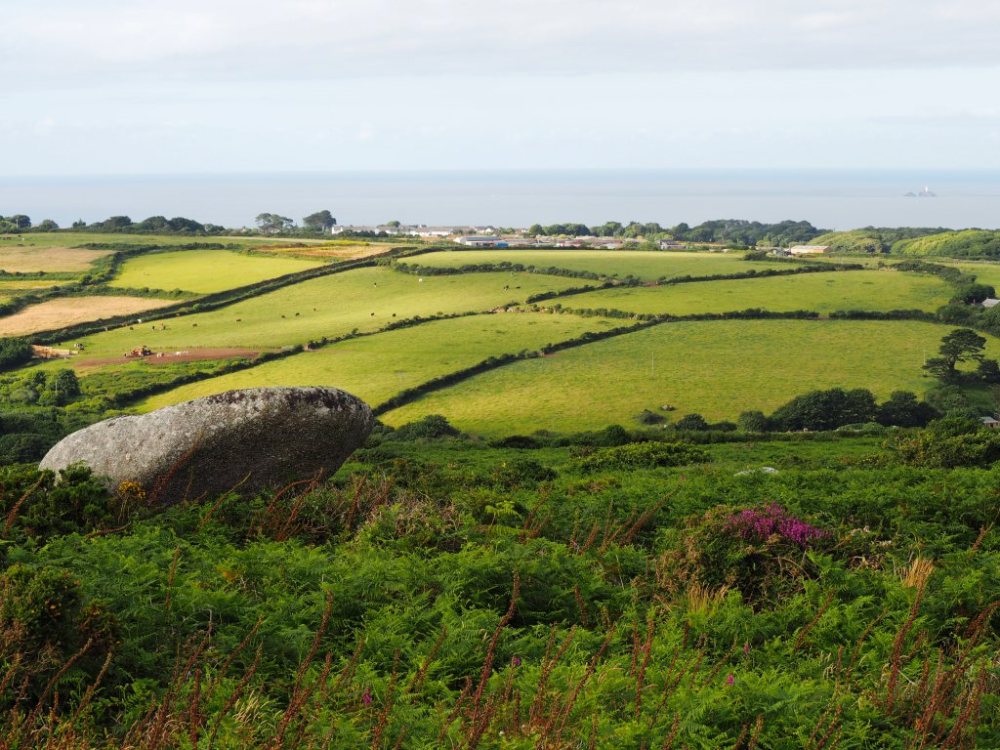 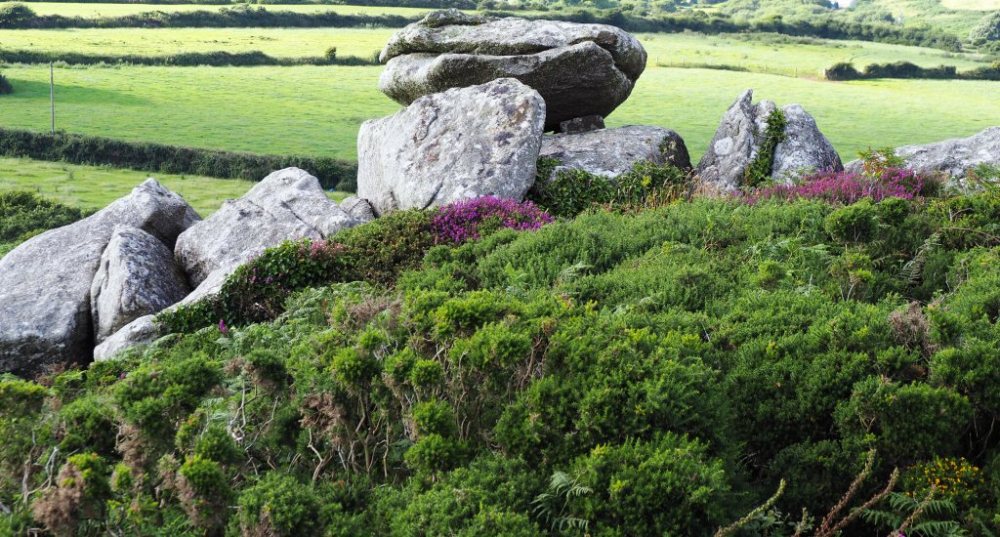 The bracken has greened up too over the summer. But here on the top it is all very much more golden. 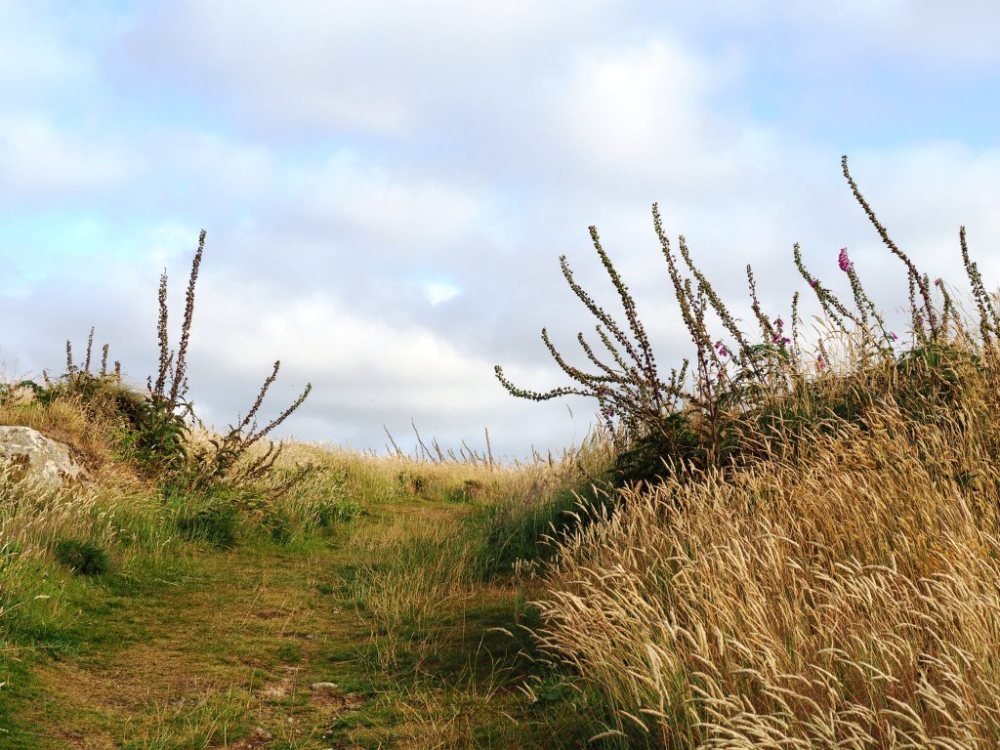 The grasses wave in the wind, creating an almost sea-like appearance. With the dying spikes of the foxgloves waving about like strange sea anemones. 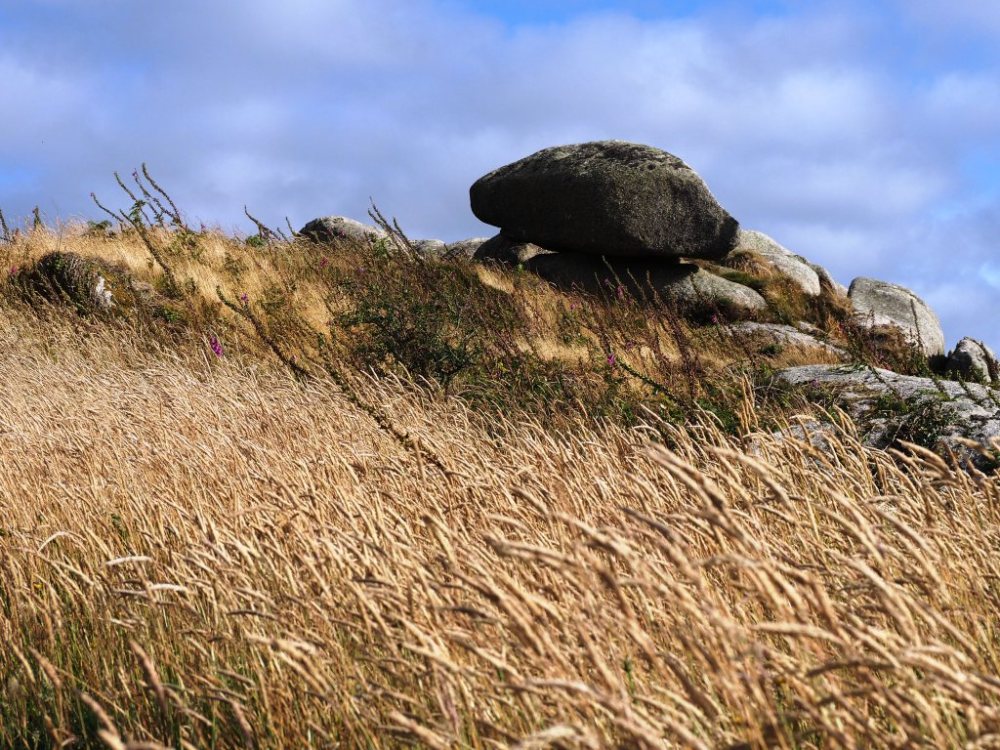 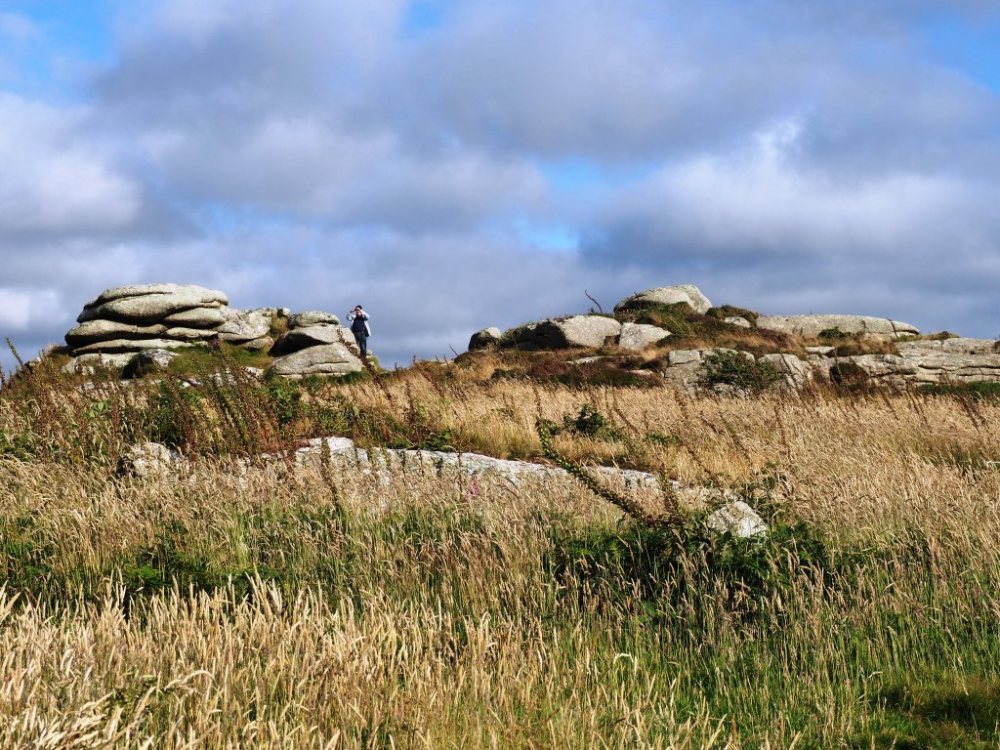 And once again the light here is magnificent. I turn my attention to the rocks themselves and start to notice the shapes and give them names.

” A rock which, through weathering, has become disjoined from the parent-rock and is pivoted upon it… Such rocks can be ‘logged’, set in motion without fear of their over balancing.”

I haven’t tried to rock one… yet.